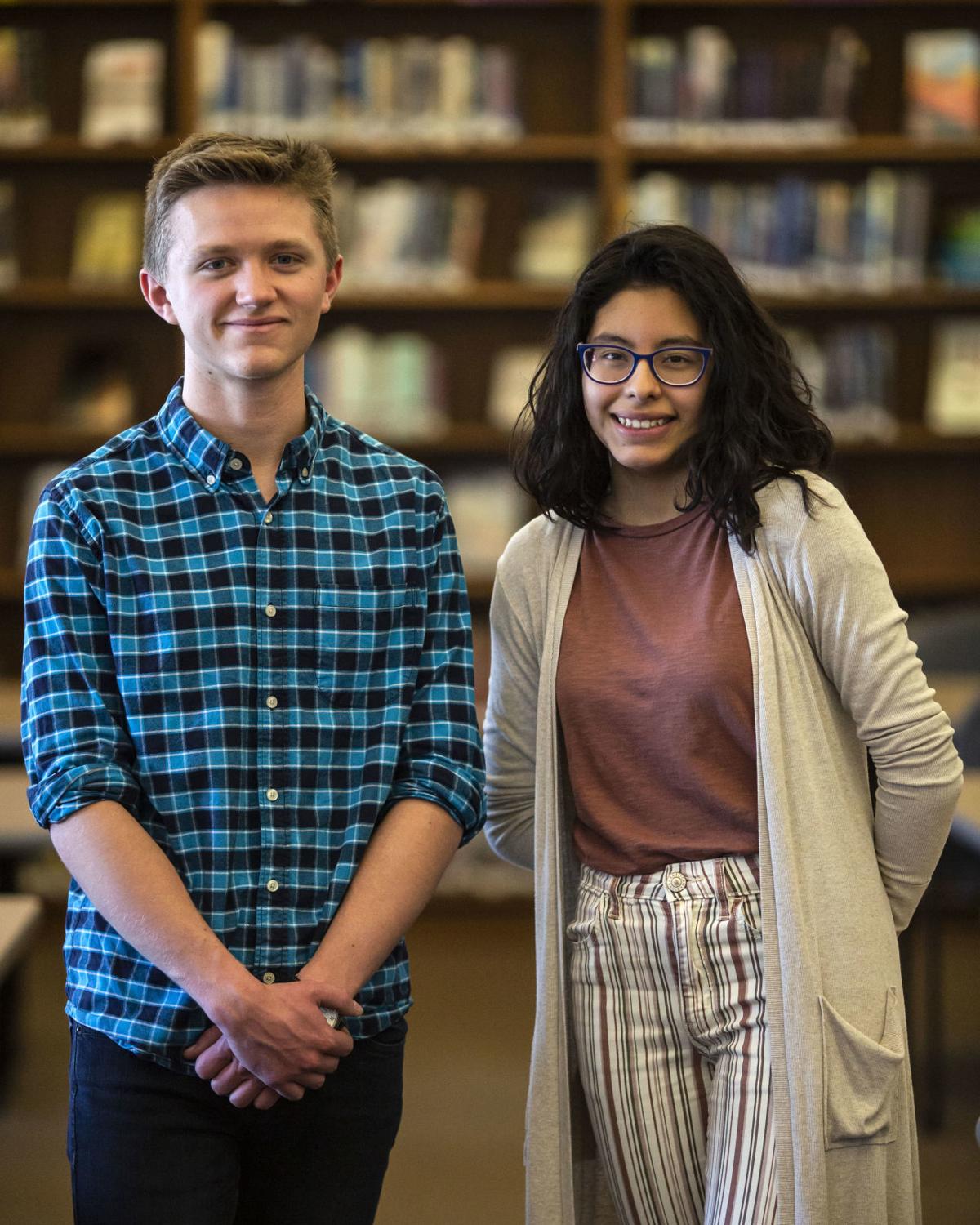 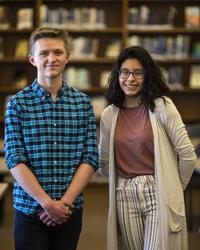 Brian Baker and America Martinez were the student representatives to the Teton County School Board for the 2019-20 school year. 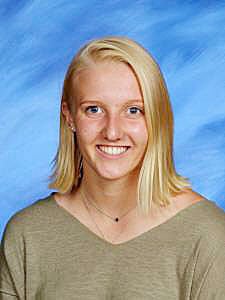 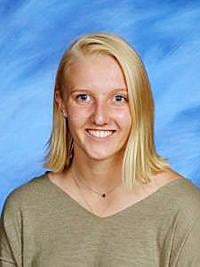 Brian Baker and America Martinez were the student representatives to the Teton County School Board for the 2019-20 school year.

America Martinez and Brian Baker are passing the torch.

For the past year the two sat dutifully in school board meetings at their own table, adjacent to that of the elected trustees, listening to presentations and standing once each meeting to deliver their own report.

As student school board members, Martinez and Baker had an up-close view of the inner workings of their Teton County School District No. 1. That might not be something every student would seek out, but it was a natural choice for them. Martinez, for example, was active in several school clubs — including serving as business manager for the Robobroncs robotics team, where she was one of the few students of color — but she saw how being a student school board member would go well beyond that kind of involvement.

“I realized … the school board is the one that decides a lot of what happens in the school,” she said. “So getting to work with them, getting to pitch ideas and be right next to them, I think is an opportunity that I wouldn’t get anywhere else.”

They don’t vote, and they don’t get to give impassioned speeches about contentious votes, but they did both get to drive important, sometimes uncomfortable discussions about race and inclusion at Jackson Hole High School.

Now that they have graduated, two incoming seniors, Sofia Nolan and Josh Machuca-Gonzales, have taken their places at board meetings.

School board trustees spend a great deal of their time overseeing the district’s hundreds of staff members and administering its roughly $50 million budget. Martinez and Baker, however, had a special task they designed themselves. During their term on the board, student members create a project to improve the district; they report on progress at each month’s meeting.

Coming up with ways to improve the school wasn’t a problem for the pair, but reining in their ambition was.

“You don’t come into this position without wanting to, like, make a change in your school, so it’s difficult,” Martinez said. “We had to learn the hard way to scale back the project.”

The pair settled on a topic at the front of many young people’s minds: inclusivity. For those who visit Jackson for a few days on a trip the town can seem homogenous, both racially and economically. But those who grow up here, as Martinez and Baker did, recognize hidden class and racial divides.

Making Jackson Hole High School a more inclusive place is a noble goal, and the two found a willing partner in Principal Scott Crisp, who has in recent years been working to make the school a place where students feel included and able to address difficult topics.

“We know that when kids feel connected at school, they do better,” he told the News&Guide when the high school’s Equity Cafe opened, the main, tangible result of Crisp’s efforts. In the spot on the second floor of the high school, students can do homework, grab a snack and find themselves surrounded by art addressing issues such as civil rights.

Martinez and Baker starting to address the question by surveying students about their feelings about inclusivity. After gathering some data, they got to work making clubs and other activities more inclusive, as well as helping Crisp facilitate school discussions.

What they learned was both encouraging and frustrating. Many students were interested in making the school more inclusive and representative of its student body, but racial inclusivity is incredibly difficult to measure. Making clubs more inclusive, at least in a measurable way, would have required gathering data on their existing racial makeup and coming up with ways to track changes. Such numbers are hard to come by, so the pair had to settled for anecdotal evidence of change.

Baker pointed to pep rallies as an example of where they documented a shift. In the past, “It was the same group of white, popular kids every year,” he said. With the help of school administrators, they worked to make sure that students in the audience saw themselves represented onstage.

Shifts in racial and class inequality don’t happen overnight — they don’t even happen in a single school year — and Martinez and Baker recognize the work they started is just a beginning.

“It’s a cultural and social issue that we’re not going to be able to address and fix in one year,” Martinez said.

Both are happy to have had the chance to influence the culture of their school and are proud of their work, though they admit their goal was ambitious and difficult to measure. They also recognize that they gleaned knowledge most students never will.

“What I learned, personally, was just how much work goes into the school,” Baker said. “Just going to the school, you don’t really see a lot of that. It makes you value your education a lot more.”

“If I could improve the school and reduce emissions or do something like lowering energy intake or reducing waste from lunch, that would be great,” she said.

Reducing the high school’s carbon footprint isn’t that much less ambitious, but it should be easier to track.

But, in early June, Nolan wasn’t quite ready to commit to a specific project, in part because she and her fellow student board member, Josh Machuca-Gonzales, hadn’t had time to discuss it, and also because she wanted to get a few months on the board under her belt. But no matter what they settle on, they plan to build on the notions of inclusivity Martinez and Nolan championed.

“I want to get as many students involved as I can,” Nolan said.