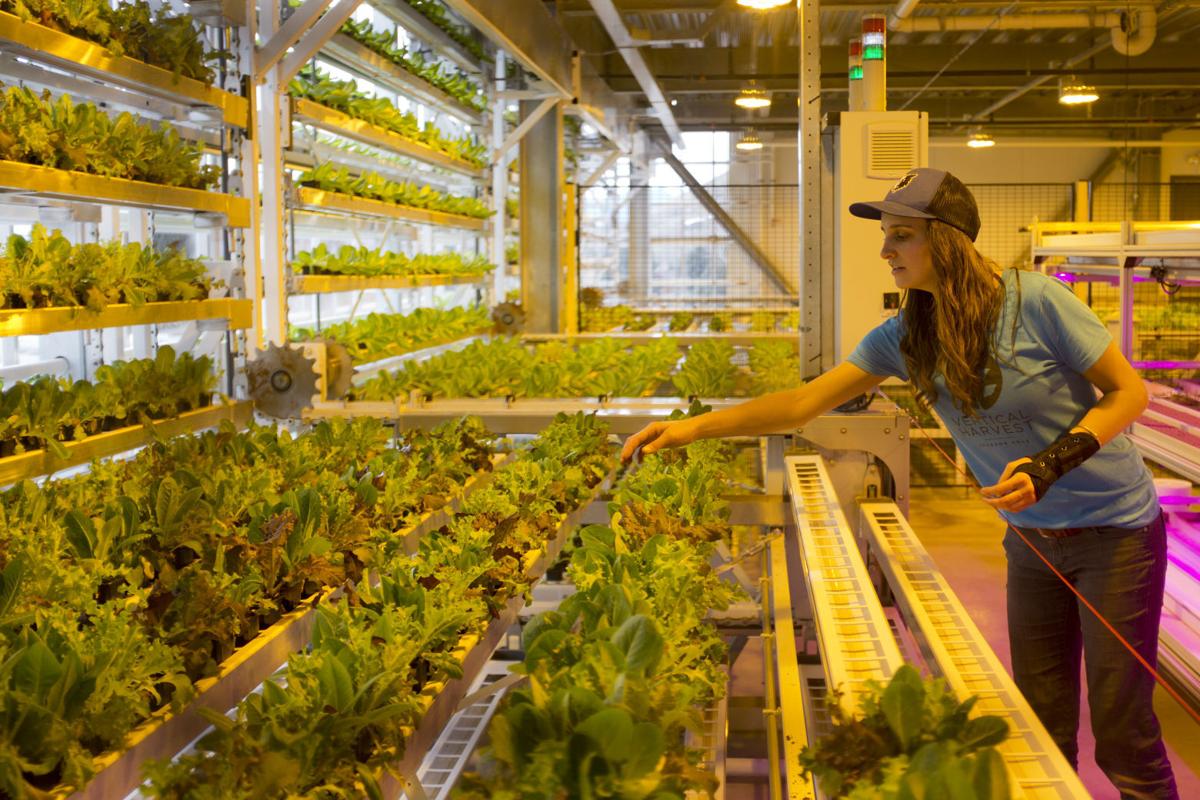 Joelle Lazzareschi checks on a tray of spring mix Friday afternoon at the Vertical Harvest greenhouse. The grand opening is expected to happen sometime in May. 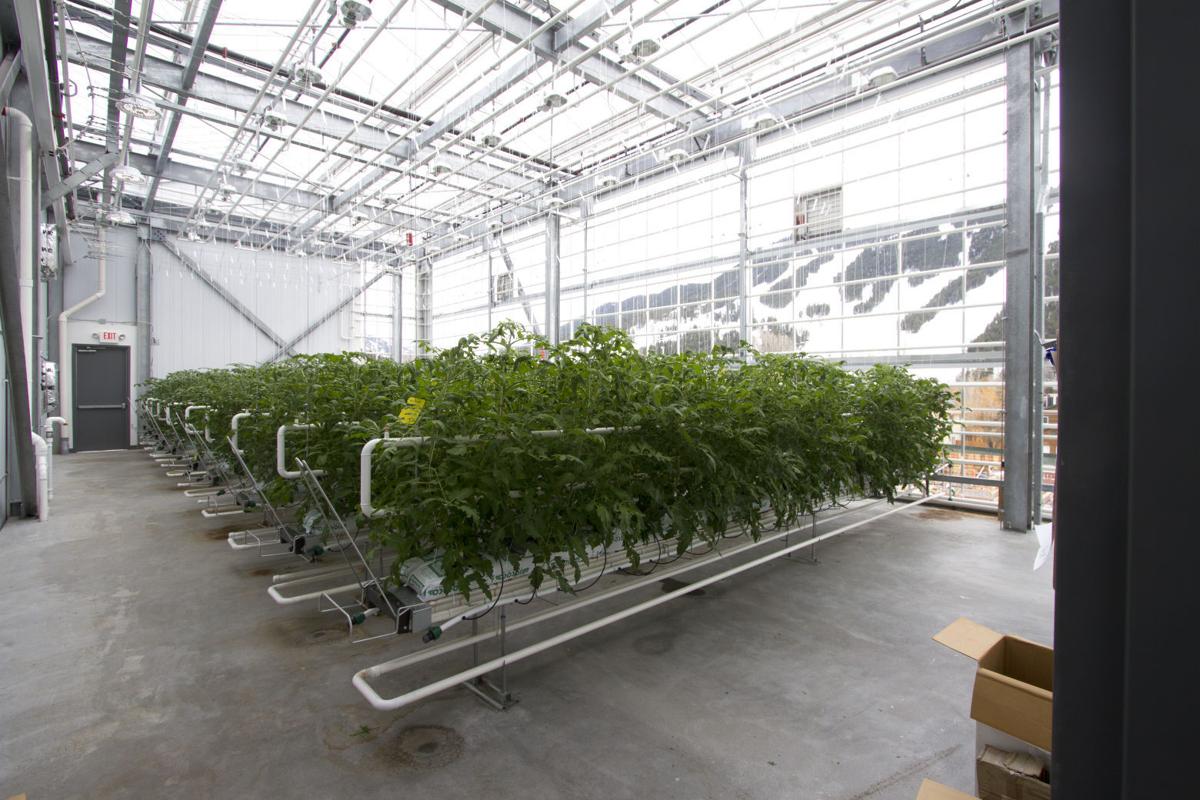 Cherry tomatoes grow on the top floor of the greenhouse at Vertical Harvest. 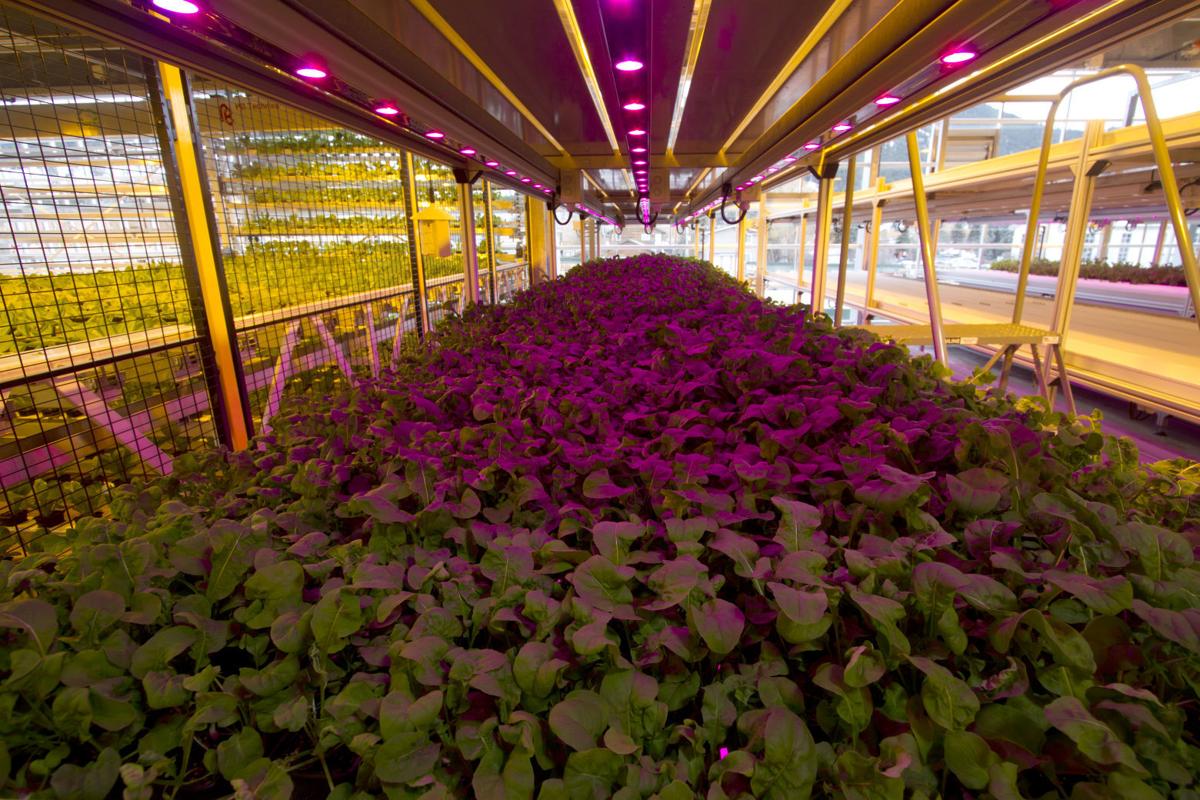 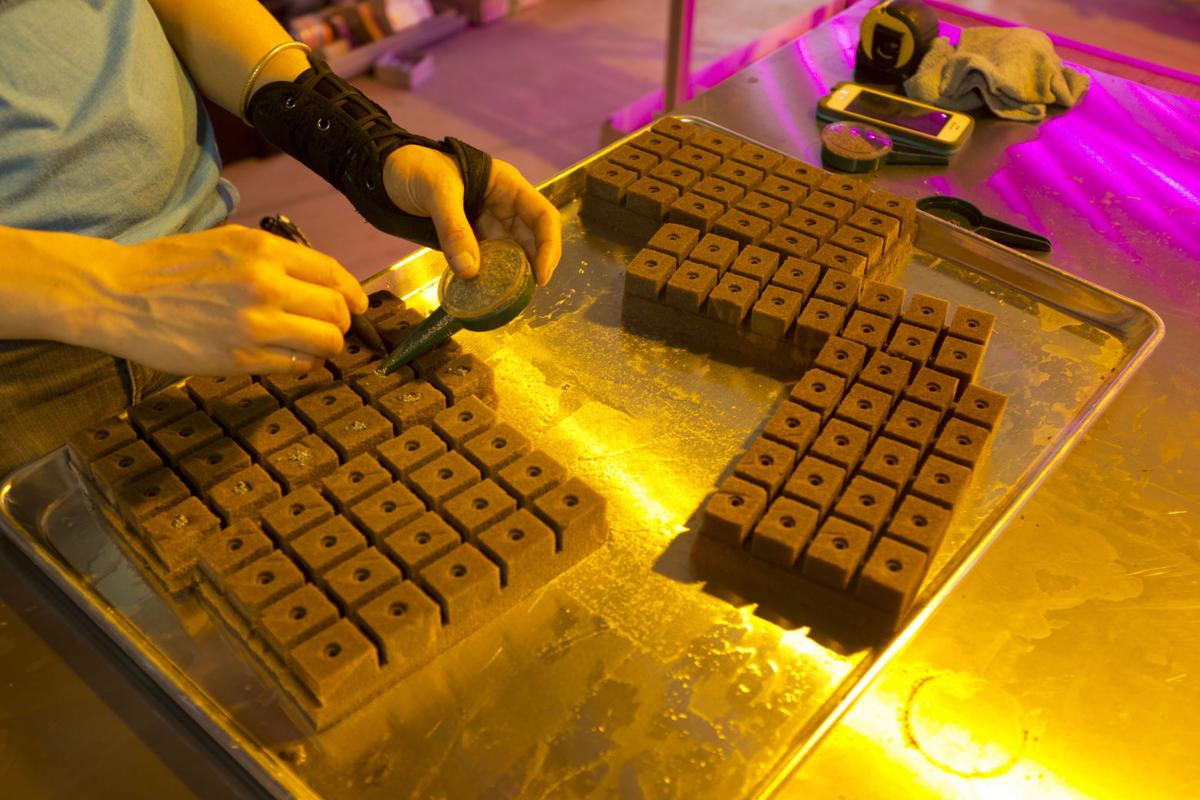 Lazzareschi pours vermiculite onto a growing medium while seeding arugula. 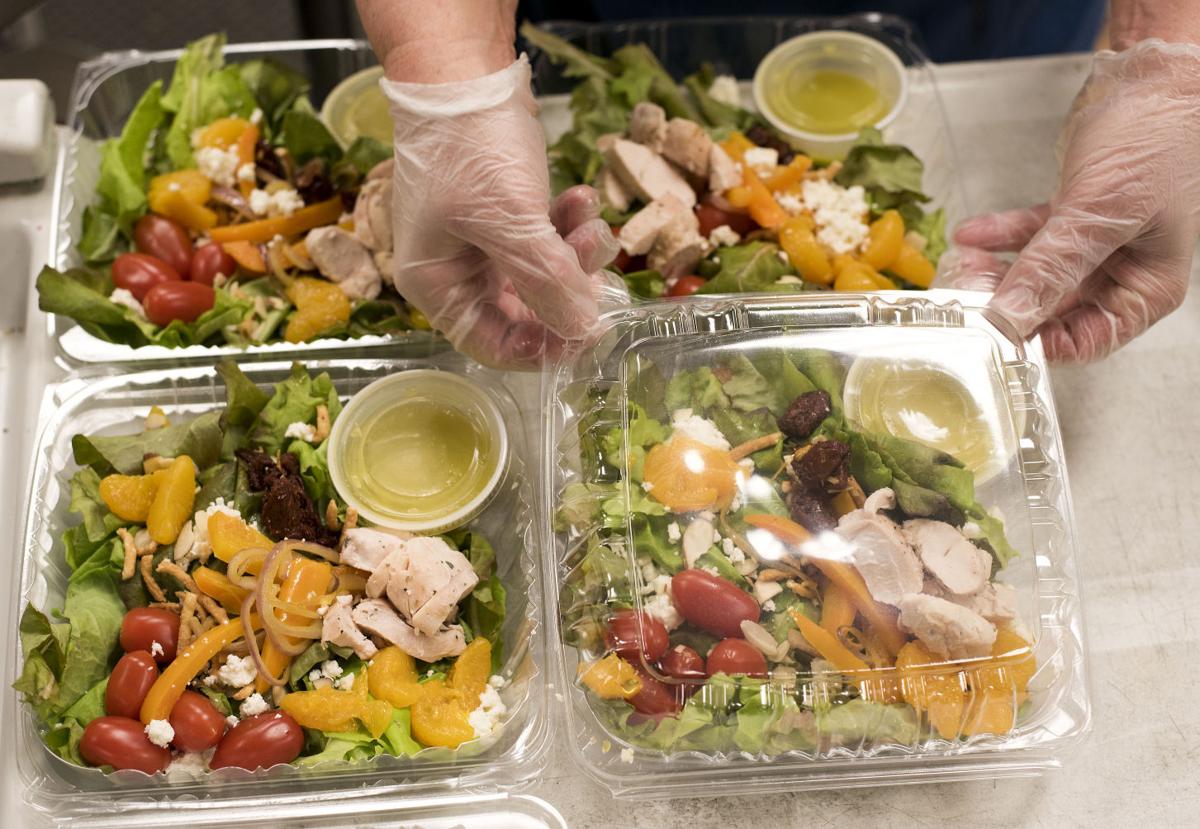 Joelle Lazzareschi checks on a tray of spring mix Friday afternoon at the Vertical Harvest greenhouse. The grand opening is expected to happen sometime in May.

Cherry tomatoes grow on the top floor of the greenhouse at Vertical Harvest.

Lazzareschi pours vermiculite onto a growing medium while seeding arugula.

Penny McBride feels people have lost the important connection to food they once had.

She thinks it’s crucial that Jackson’s young folks know where their vegetables are grown, which is why she and fellow Vertical Harvest co-founder Nona Yehia entered a business partnership with Teton County School District No. 1.

“Those greens were part of the harvest from our trial run,” McBride said.

Students at the school had the pleasure Thursday of eating a Vertical Harvest salad. The school’s cooks also put part of the 15 pounds of lettuce it received on wraps and sandwiches.

“It has a nice little sweetness, and it has a spicy taste,” said Wes Clarke, the food service director for the school district. “We tried to incorporate it everywhere.”

McBride first thought about teaching kids how to eat local when she saw firsthand the positive outcome that took place when her 6-year-old son started paying attention to the greens and fruits growing in the glass structure next to the parking garage on South Milward Street.

“He always talks about how he can’t wait to eat a juicy tomato,” McBride said. “I think it goes back to that simple awareness and connection we’ve lost.”

McBride, unlike most parents, doesn’t have trouble when it comes to convincing her son to eat vegetables. She said her child’s love for greens is thanks to the fact that he has always been aware of where his food came from and how his food was cultivated.

Clarke, on the other hand, said a big part of his job is convincing kids to eat healthfully.

When purchasing produce, he has to make sure his acquisitions meet the standards of the federal government’s Healthy, Hunger-Free Kids Act of 2010.

Guidelines under the act include limits on the amount of fat, sugar, sodium and calories school meals can have.

When students were serving themselves Thursday many of them scooped up the Vertical Harvest greens available at the salad bar. They were excited to eat something grown in Jackson.

Sophomore Luke Sell said he always has a salad at lunch. Rather than piling spinach on his plate, he put the locally grown lettuce next to his Salisbury steak and mashed potatoes.

“When you support big businesses it doesn’t give local businesses the chance to succeed,” he said. “This is probably healthier and better grown than lettuce at places like Walmart and big stores like that.”

Clarke plans to buy more produce from Vertical Harvest when the greens and tomatoes ripen.

“We are going to receive the leftovers,” Clarke said. “In the offseason we will definitely be able to help out, because we are always feeding kids.”

McBride also talked to the staff at the high school about employing students at Vertical Harvest.

“We want to create employment opportunities for people, too,” she said.

In addition to supporting the new greenhouse, which is expected to officially open sometime in May, Clarke also encourages kids to grow their own herbs and veggies.

Last fall he prepared a meal for Summit High School students made from the rutabagas the kids grew in their school’s garden.