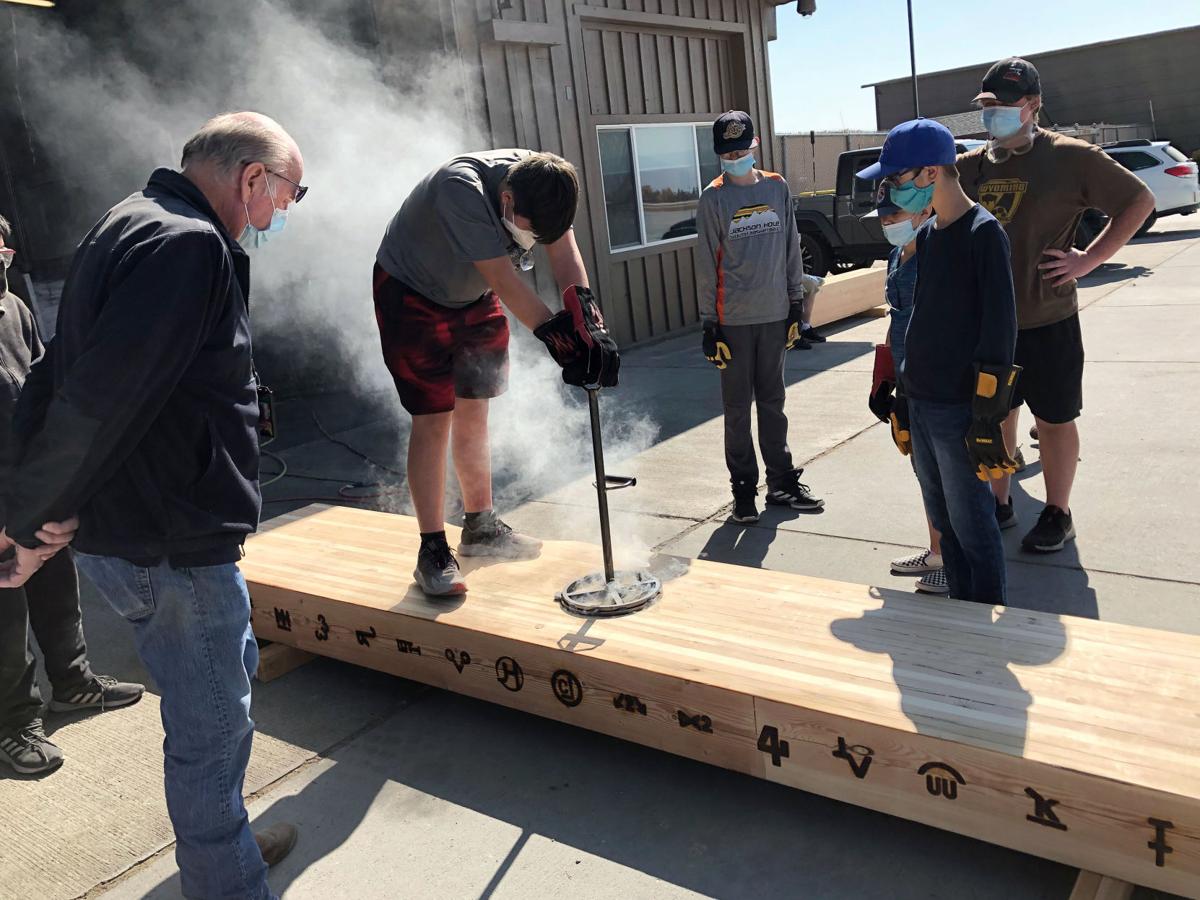 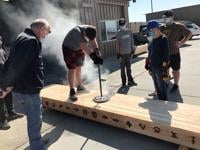 Even with the help of about two dozen volunteers, Aidan’s bench project involved more than 300 hours of work — twice what is required of Eagle candidates. 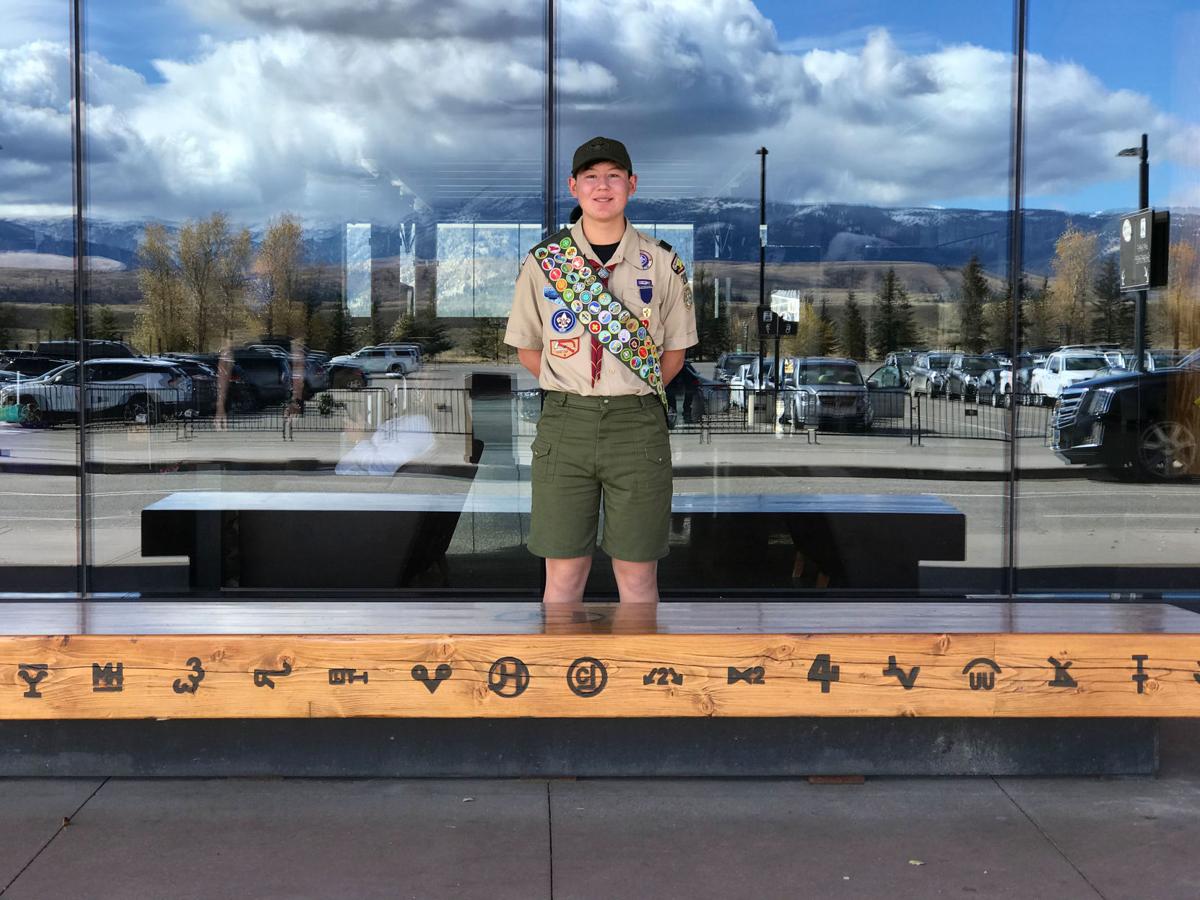 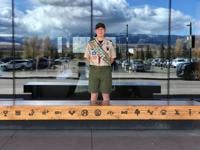 For his Eagle Scout project Aidan Kim-Miller, 14, sanded, branded and refinished wooden benches at Jackson Hole Airport. He burned the brands of 18 Jackson Hole ranches, some of which date back to the late 1800s. 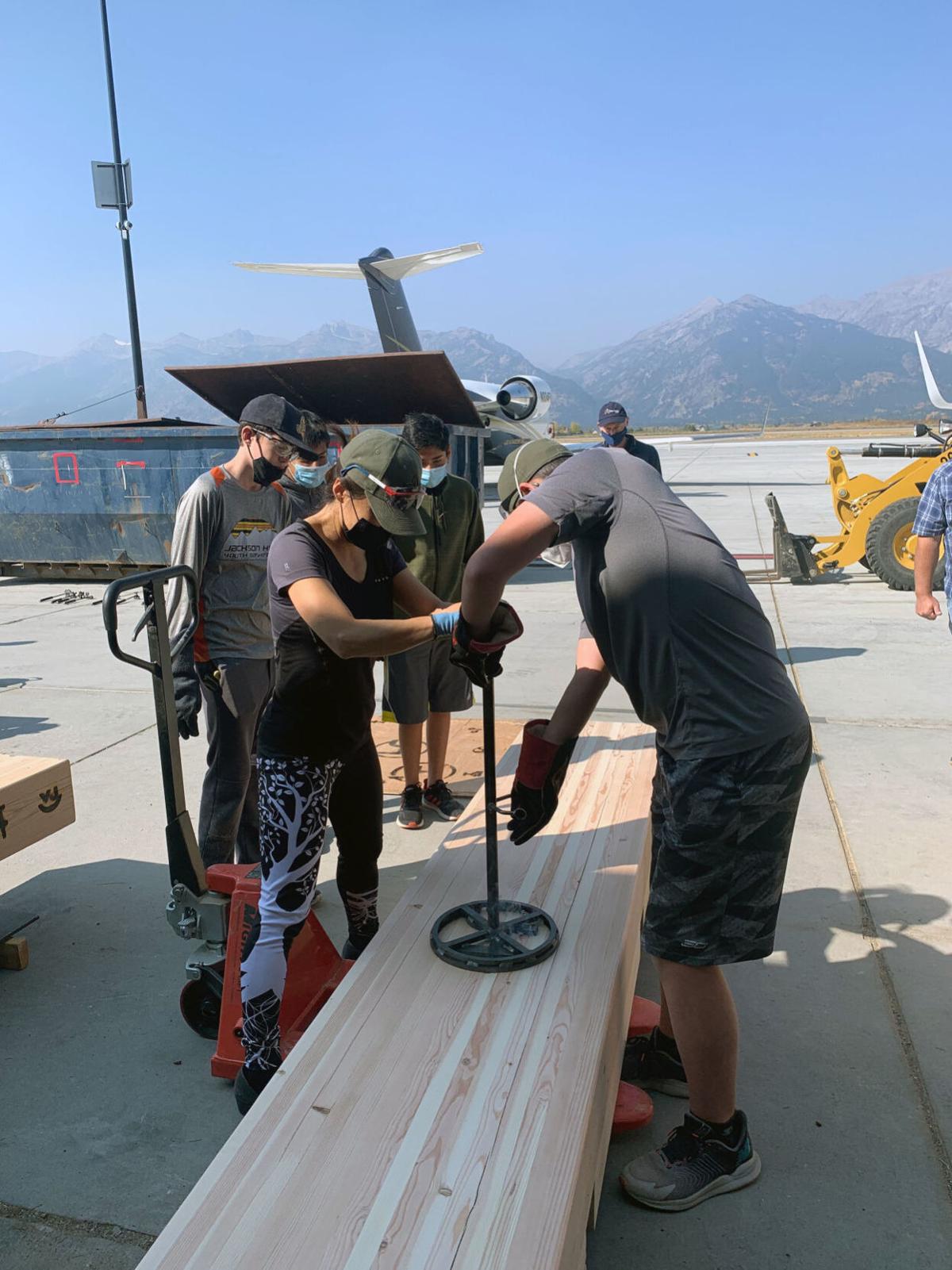 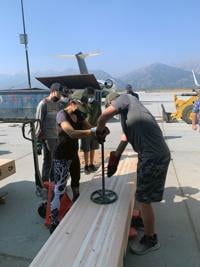 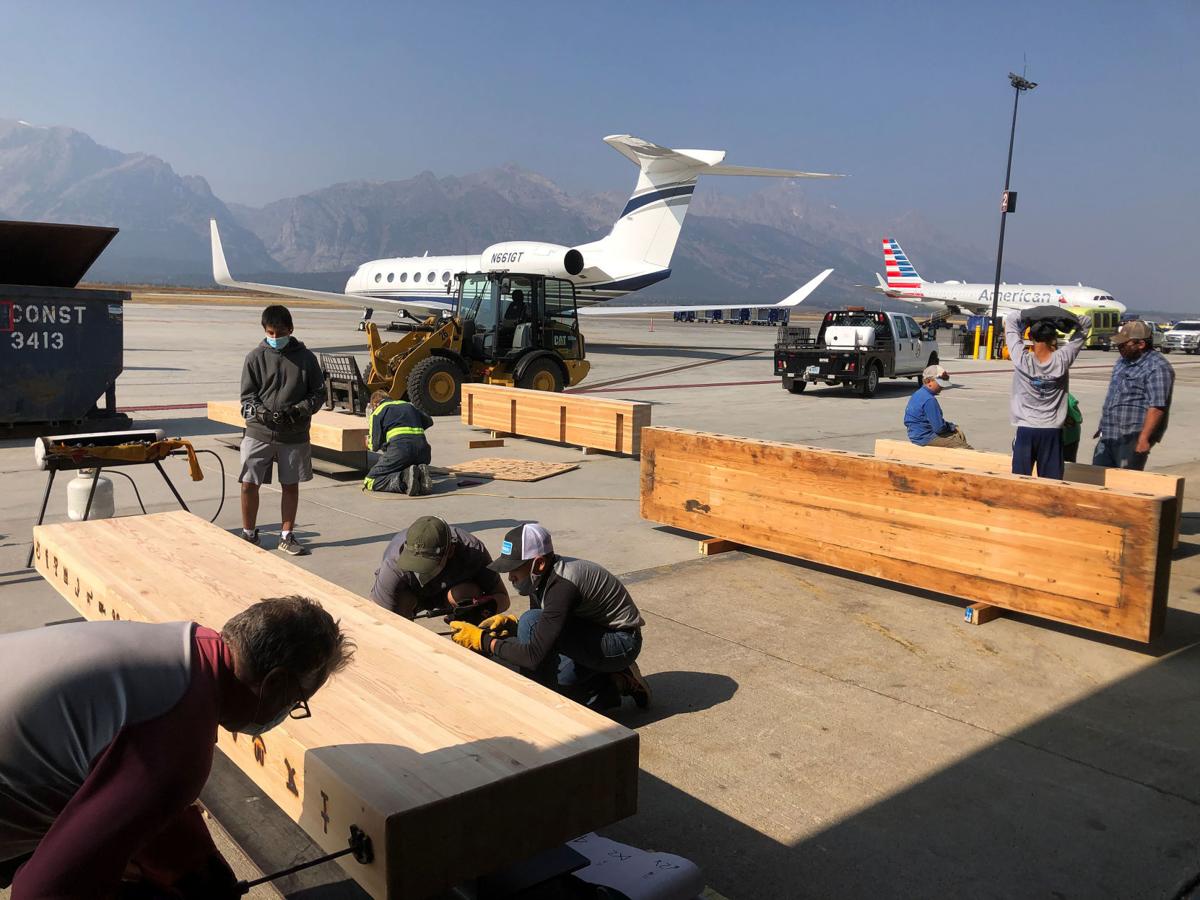 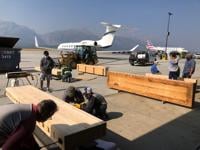 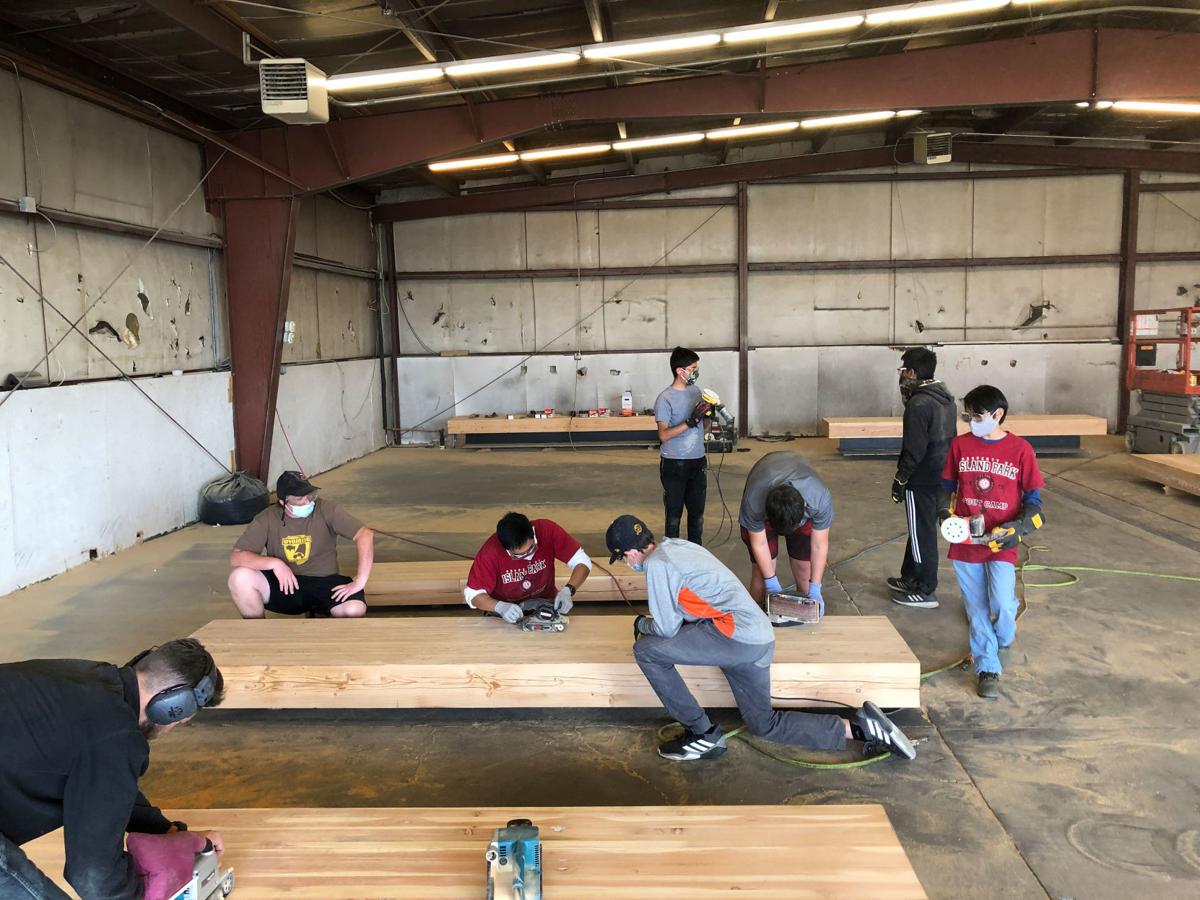 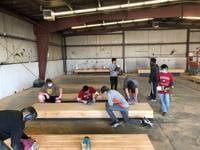 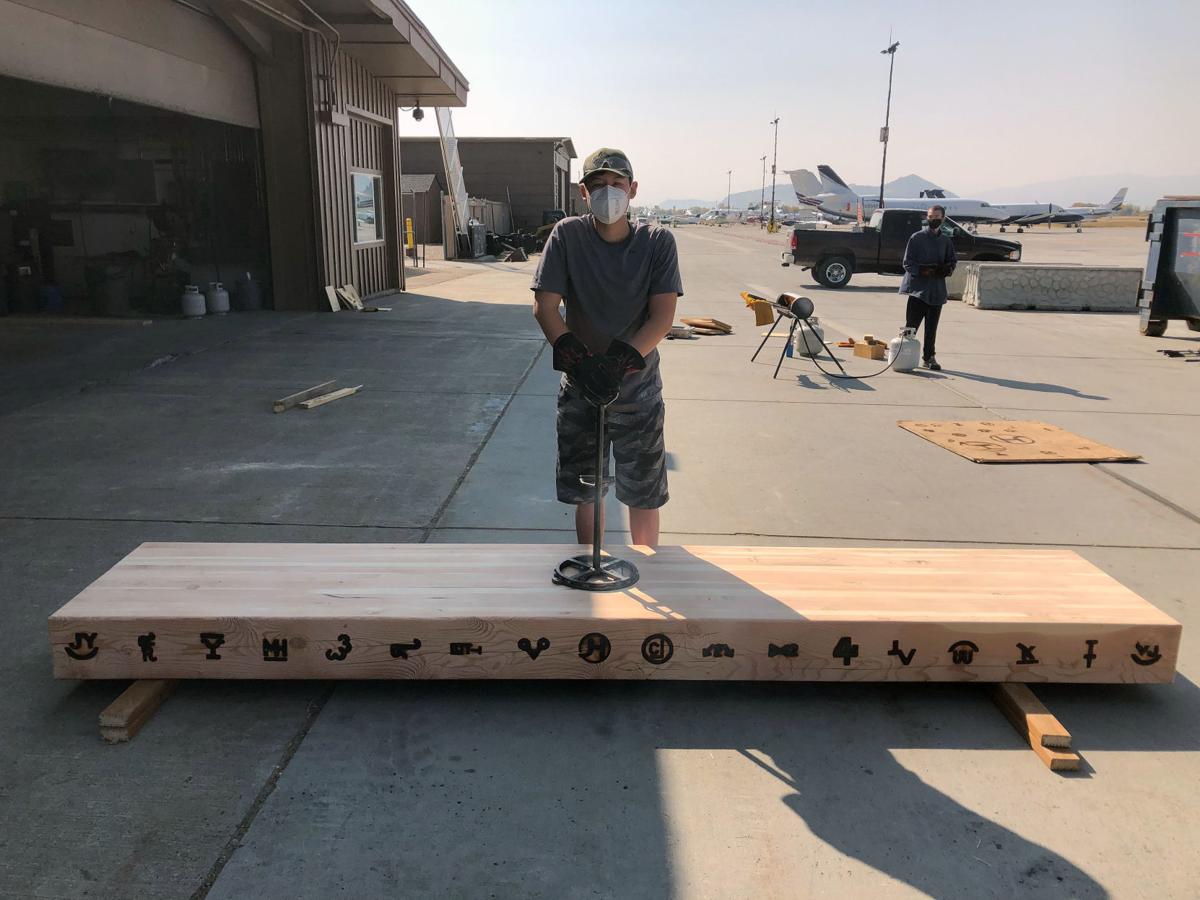 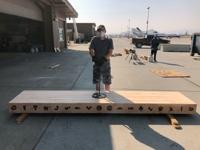 Even with the help of about two dozen volunteers, Aidan’s bench project involved more than 300 hours of work — twice what is required of Eagle candidates.

For his Eagle Scout project Aidan Kim-Miller, 14, sanded, branded and refinished wooden benches at Jackson Hole Airport. He burned the brands of 18 Jackson Hole ranches, some of which date back to the late 1800s.

Next time you head for a bench outside Jackson Hole Airport after a long flight, look before you sit: You’ll find a little piece of valley history, brought to you by Aidan Kim-Miller.

The 14-year-old earned his Eagle Scout rank in November after completing the requisite community project. In Kim-Miller’s case he sanded and refinished nearly a dozen of those aging benches, then imprinted them with the brands of 18 Jackson Hole ranches, some of which date back to the late 1800s, preserving some of the region’s heritage for all who visit to see.

An Eagle Scout project is the culmination of a Scout’s many years of work and training, a chance to demonstrate leadership through community service to receive the highest honor of the Boy Scouts of America. As such, it shouldn’t be a cakewalk. The board that reviews Eagle projects was a little skeptical before learning the details of Kim-Miller’s proposal.

“When you think about his project, you think, ‘Oh, branding a couple benches out at the airport, that’s not really all that much,’” said David Watson, a member of the Grand Teton Council’s Eagle Board of Review. “But what sounds like a really simple project is really pretty darn intense and super impressive.”

To begin, Kim-Miller sought permission from the ranch owners to use their brands — easy enough for those still in operation and for those that belong to Grand Teton National Park or the Jackson Hole Land Trust.

But in many cases he had to track down descendants of long-dead ranchers.

Though the task required a lot of time on the phone, Kim-Miller said it was also one of the most fascinating parts of the project.

“I got to speak to a lot of historic families in the area,” he said. “A lot of the brands have some interesting history.”

While Jackson Hole Airport had the branding irons forged, Kim-Miller turned his sights on the benches. After years of use, he said, “they were in rough condition, with a lot of wear and tear.” There were 11 of them — the longest 18 feet and the shortest 10 — so much bench that the sanding alone “took hours and hours,” said Mindy Kim-Miller, Aidan’s mother and Scoutmaster. “It was really messy and backbreaking.”

Aidan recruited some two-dozen volunteers to help, many of them fellow Scouts and their parents, or friends and their families. He had little trouble corralling them, which presumably had a lot to do with the chance to use a branding iron.

“Sometimes you’d push the brands against a bench and it would light on fire,” Aidan said. “That was fun.”

His mother laughed and said, “I think that’s what drew a lot of the kids to come and help.”

Between them the project took a total over 300 hours of work, twice what an Eagle Project requires. The airport gave them “a lot of freedom,” she said, as aspiring Eagle Scouts are supposed to be the primary supervisors of their projects. Overall, she said, “it was a really well-run project.”

The board of review agreed. After interviewing Aidan, Watson said he was struck by the scope of the work, by Aidan’s leadership, by his articulate manner and strong eye contact. Watson has sat in on perhaps 10 such interviews, he said, and Aidan “crushed it. He really did.”

“He’s fairly young for an Eagle Scout, but his maturity level is through the roof,” Watson said. “He’s going to go far in life, there’s no doubt about that.”

Mindy Kim-Miller, who has been involved with the Scouts since Aidan started as a Cub, said it has been “amazing to see” how her son and his fellow Scouts have grown over the years.

“They went from little kids to these accomplished young men,” she said.

Aidan and his good friend Greyson Smith completed their Eagle Scout projects around the same time — Greyson, also 14, led a crew in building a bike shed at the airport, finishing in September — and both passed the board of review on the same night, another cause for celebration. Only a small percentage of Boy Scouts (about 8% in 2019) attain the rank of Eagle Scout.

“I was near tears and blushing for him because the review was so positive,” Mindy Kim-Miller said. “I didn’t think I would be that emotional. I did a little hop and hugged them both.”

Long after the elation fades, she said, “Aidan’s branded benches will be at the airport for thousands of visitors and locals to see.”

Aidan is proud to know his project will enhance people’s understanding and experience of the valley’s ranching legacy. But beyond that, it’s an achievement he’ll cherish personally — every time he boards and disembarks a plane.

“The benches will be in the airport for years to come,” he said. “So when I fly back to Jackson to see family, I’ll be able to see them and say, ‘I did that.’”

As the father of 2 Eagles, a hearty congratulations for a job well done!

As we said back in the council my kids were in, BULLY!