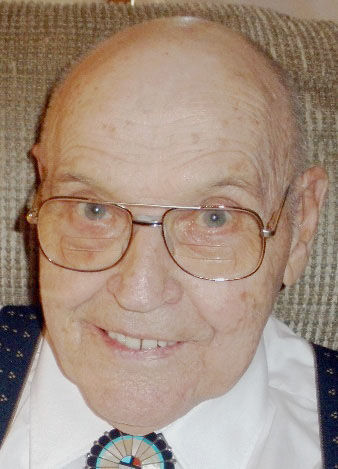 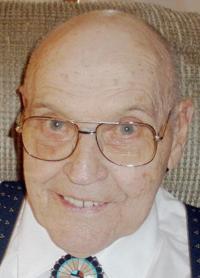 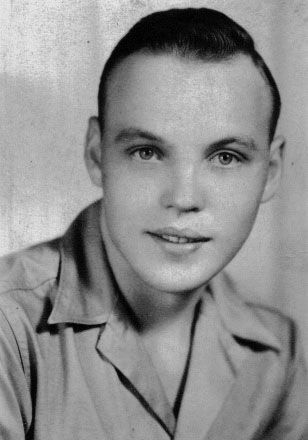 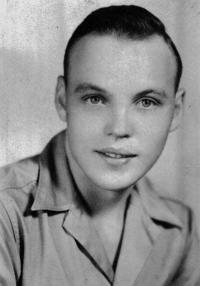 Fred was known by all who knew and loved him as Jack. His father wanted to name him Jack after the boxer Jack Dempsey, but his mother had other ideas, and so he was given the name Frederick. He rarely was called Fred.

Jack was born Sept. 22, 1927, in Rock Springs to his Italian immigrant father, Costante Guido Caresia, and his mother, Victoria Ethel Crump, who came from the poverty of Oklahoma. Jack’s mother died when he was only 4. He and his brother lived with family members for a few years until his father remarried and they were reunited as a family. He spent his growing-up years in the Wyoming coal camps of Reliance and Dines. He served in the U.S. Army at the end of World War II, then worked several jobs over the next couple of years in the coal mines and for the railroad. In May 1949 he went with some friends to Grand Teton National Park and got a job working on trails. That job became a career with the National Park Service that lasted more than 30 years.

In 1952 he walked into the Jenny Lake Store for a soda and met a pretty young lady who he fell in love with at first sight. Her name was Edna Marie Fullmer, and on Nov. 21, 1953, they were married. They made their first home in a small 8-by-35-foot trailer in Grand Teton National Park. Three of their four children were born to them while they were at Grand Teton.

Jack accepted the Gospel of Jesus Christ and was baptized into The Church of Jesus Christ of Latter-day Saints on April 30, 1955. In 1963 he took his wife and children to the Los Angeles California Temple, and they were sealed as a family for time and eternity. Jack served faithfully in every calling he received. He served in the Sunday School as teacher and president, in the Young Men and as ward clerk, among others.

He and Edna built a dream house in the dream location of Jackson. Jack worked odd jobs after retirement and spent his spare time reading the books he loved, riding his bicycle and enjoying his beloved Tetons with camera in hand. His lifelong love of trains began when he was a little boy living across from the tracks in Rock Springs. In retirement he built a large train diorama downstairs. His grandchildren loved it when he would don his railroad cap and run the trains for them. He loved traveling to visit his children and grandchildren. His grandchildren considered him the smartest and most fun person in the whole world.

He and Edna bought a small RV and traveled throughout the western United States. They spent several winters in St. George, Utah. They met wonderful friends and enjoyed it very much, spending much time in the St. George Utah Temple. But Jack was always anxious when spring came to get back to the Tetons and enjoy the rebirth of the mountains and the wild flowers and wildlife. He loved fishing and boating, especially with his children and grandchildren.

In 2004, Jack and Edna built a second dream home in Burley, Idaho, where they could live out their lives in more temperate weather and near their son. As was always true, the couple made new friends and hosted new and old friends in their home. They always were the best hosts.

Jack was preceded in death by his wife of 66 years, Edna Marie Fullmer Caresia, his mother, father and stepmother, his brothers and his sister-in-law. He is survived by his children, Susan René (Rick) Ashby, Patricia Ann (Jim) Tucker, Roger Fred (LaVonne) Caresia and Eugene Dee (Marjean) Caresia; 10 grandchildren; 18 great-grandchildren; and a multitude of in-laws, nieces, nephews and friends.

Jack will be buried next to his wife in the Cache-Clawson Cemetery in Tetonia, Idaho, in the shadow of his beloved Tetons. He will be greatly missed but without a doubt has been welcomed with great joy on the other side by family members and friends and especially his wife, who passed away just a few months ago. He leaves us with a great legacy, and we look forward to our own reunion with him one day.

A small, private funeral will be held at 1 p.m. Feb. 18 at Rasmussen-Wilson Funeral Home in Burley, with a viewing from noon to 12:45 p.m. The service will be conducted by Boyd Lane Fullmer, a brother-in-law. Military rites will be provided by the Mini-Cassia Veterans Group.

We ask that all who choose to attend wear a face mask and remember to keep a safe distance from other family groups. A family gathering and celebration of his life will be planned for this summer. In lieu of flowers, please donate to LatterDaySaintCharities.org.

A webcast of the service will be available at RasmussenFuneralHome.com.