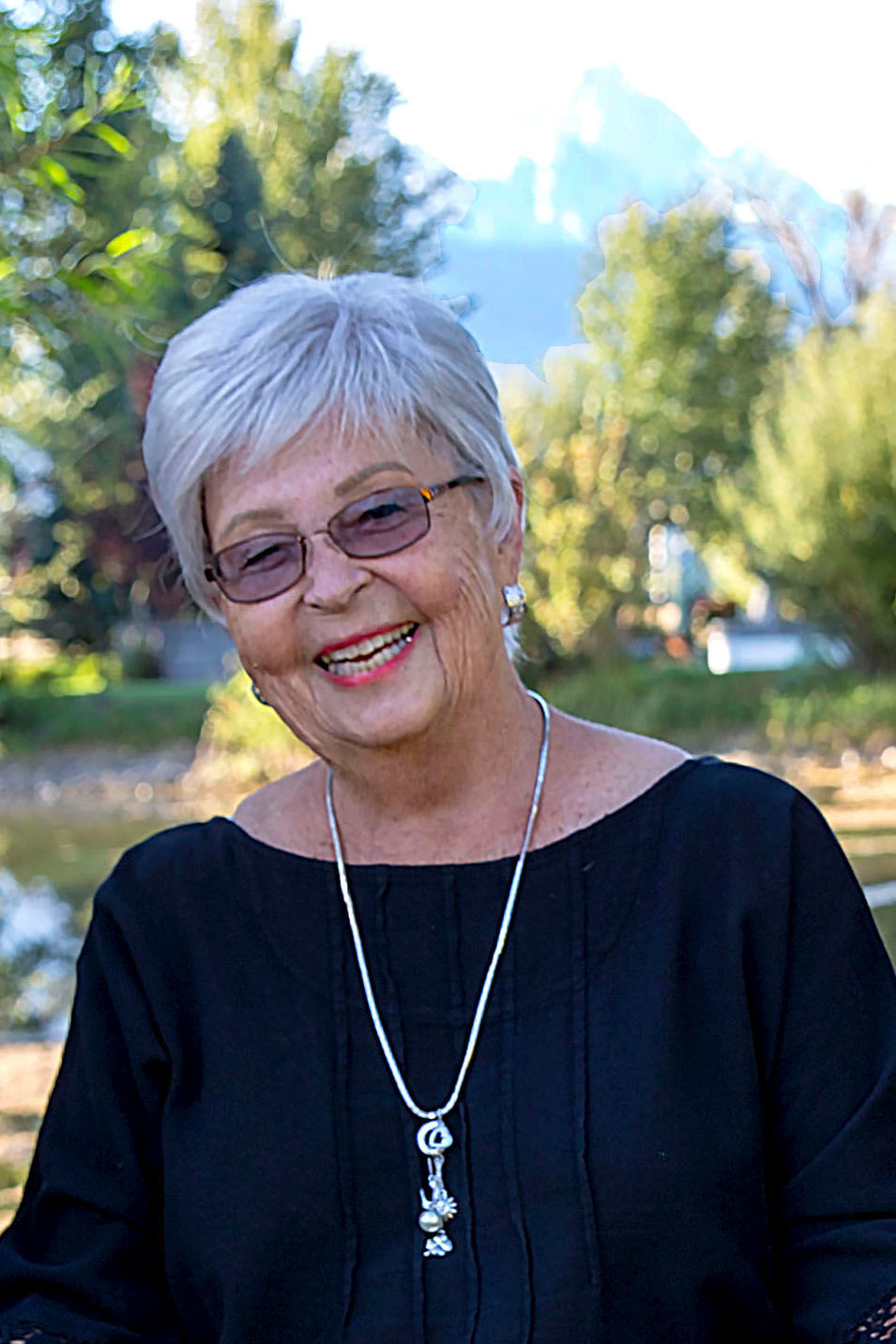 Shay James and her husband, Clay, moved permanently to Jackson in 1984. 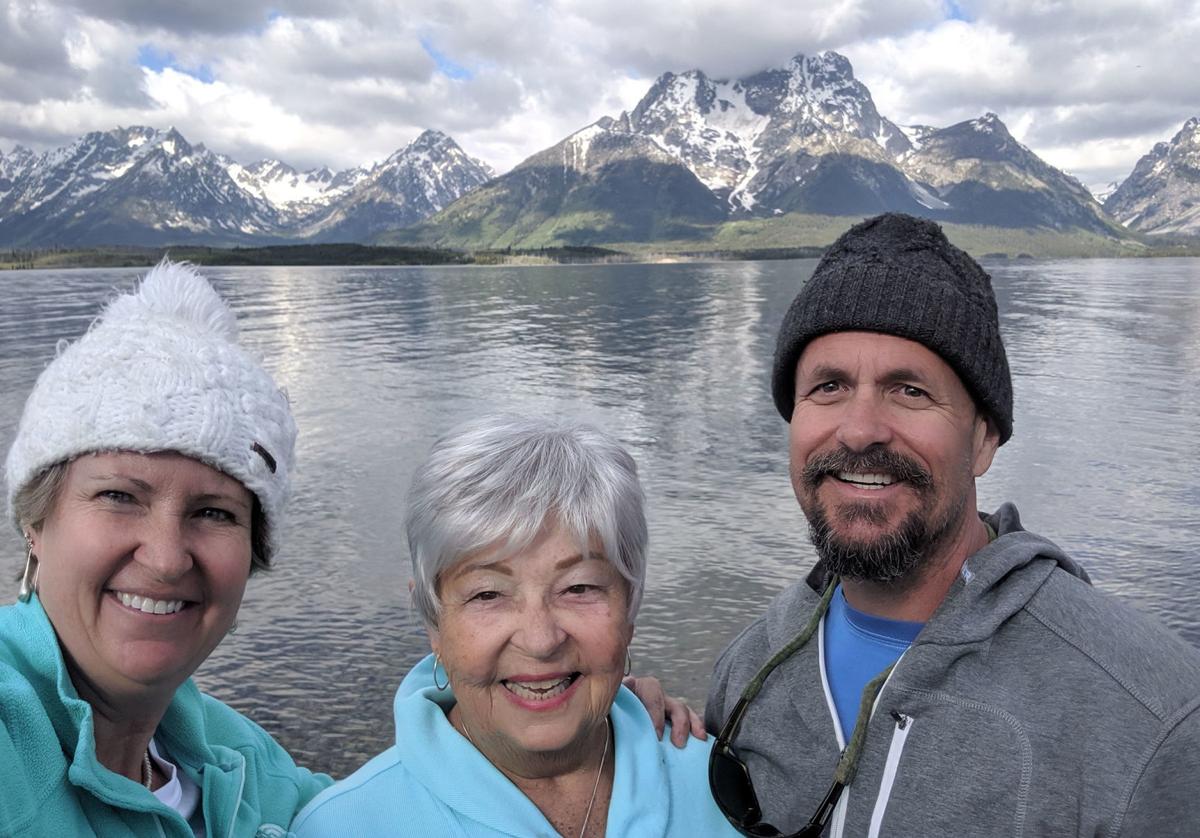 Shay James is seen here with her children, McKenzie Hammond and Scott James.

Shay James and her husband, Clay, moved permanently to Jackson in 1984.

Shay James is seen here with her children, McKenzie Hammond and Scott James.

Longtime Jackson Hole resident Sharon “Shay” Orlin James, beloved wife of the late Clay James, died peacefully at home Jan. 20 with her daughter and son beside her. She was 76. The following was provided by her family.

Legendary woman. Consummate hostess. Devoted wife. Proud mother and grandmother. A joyful, gracious woman who made a difference for so many people. Those are just a few of the accolades pouring into the James family about Shay.

Legions of people knew Shay and her generous good works in the Jackson community and as a gracious hostess for the Grand Teton Lodge Company, which her husband, Clay, led for many years. She hosted countless events and welcomed literally thousands of people into her home on the grounds of Jackson Lake Lodge and later at her valley home.

Before she and Clay returned permanently to Jackson in 1984, Shay took their two children to states from the East Coast to the West Coast, to the mountains and the ocean shores, a trip that included the U.S. Virgin Islands, Puerto Rico, Hawaii, Washington, Texas and Florida.

But her most cherished home was Grand Teton National Park and Jackson Hole, where she spent most of her adult life and where she took her last breath holding her daughter’s hand.

Shay was born June 24, 1943, in Honokaa, Hawaii, to Margaret Fraser and Thomas Orlin.

She spent her elementary school years in Paauilo, on the Big Island of Hawaii, on a sugar plantation, where her father worked for the Hamakua Mill Company. To expand her world, Shay, like her mother before her, attended the Punahou School, a boarding school in Honolulu, on the island of Oahu.

Shay managed to save enough from her nursing job in Portland to fly home to Hawaii so she could spend Christmas with her family. It was during that Christmas trip she met her future husband, Clay, who was working at the Mauna Kea Beach Hotel. Shay resigned her nursing post in Portland, returned to Hawaii and began nursing, first at the Laupahoehoe Sugar Plantation, then at Honokaa Hospital and later for a doctor’s office in Waimea.

In 1966, Shay and Clay were married in Waimea, Hawaii, and began their 49 years of life together as husband and wife, which included many moves around the country and personal travel adventures.

While their roots were firmly in Wyoming, Shay enjoyed traveling the world with her husband. They visited Alaska, Italy, Norway, New Zealand, Tasmania and Bora Bora. They returned every year to Hawaii, the place Shay always held close in her heart. In retirement they became snowbirds and bought a second home in Scottsdale, Arizona, which they enjoyed in the winter months.

Shay loved spending time with her two adult children and four grandchildren. She was beloved by her grandchildren, who called her Tutu, a Hawaiian name for grandmother.

Her son, Scott, resides in Jackson and is dad to the James grandkids, Emma and Cole. Emma lives in Denver, and Cole lives and works in Phoenix.

Her daughter, McKenzie, owns her own business, Summit Appraisal Services in Jackson, and is mom to grandkids Rigdon and Riley Hammond. They attend Jackson Hole Middle School and Colter elementary school, respectively.

Shay served on many volunteer boards in Jackson, including the Grand Teton National Park Foundation and the National Museum of Wildlife Art — as a founding board member of both — and the Jackson Hole Historical Society. She served as membership chair of the Fine Arts Guild and was a member of St. John’s Hospital Auxiliary.

Shay was an involved and devoted parent volunteer at the Moran School, helping with countless school events. She was a Girl Scout troop leader for her daughter’s local troop. She was an accomplished cook, baker and hostess and a supreme holiday decorator. Lucky was the friend invited to her home for dinners and holiday parties.

Shay valiantly battled cancer throughout the last year of her life and never complained. She was especially happy to recently celebrate two of her favorite holidays with her family, Halloween and Christmas, even hosting her annual Christmas Eve party with a full house of family and friends.

Shay will be remembered for so many things, among them her kindness and tireless good works. But for anyone who knew Shay, it was her warm and welcoming smile that so many will think of and miss the most.

A celebration of Shay’s life is being planned for early summer, and the date will be announced in late spring.

In lieu of flowers the family requests donations in Shay’s honor be made to the Grand Teton National Park Foundation, P.O. Box 249 Moose, WY 83001. Electronic donations can be made via the Foundation’s website, GTNPF.org.