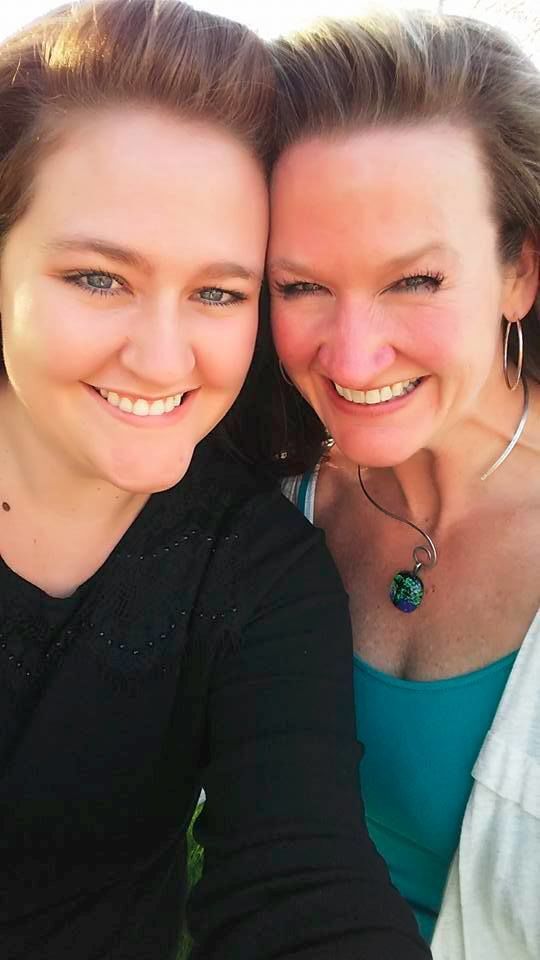 Lynn Sherwood, right, and her daughter Lauren are pictured here in summer 2017. Months later, in December 2017, Lauren was diagnosed with aggressive lung cancer and died five months after the diagnosis. Sherwood now has a TEDxDupreePark talk posted to the TED.com website called “Happier Endings — How to Design Your Dying,” based on her family’s experience with Lauren’s passing. 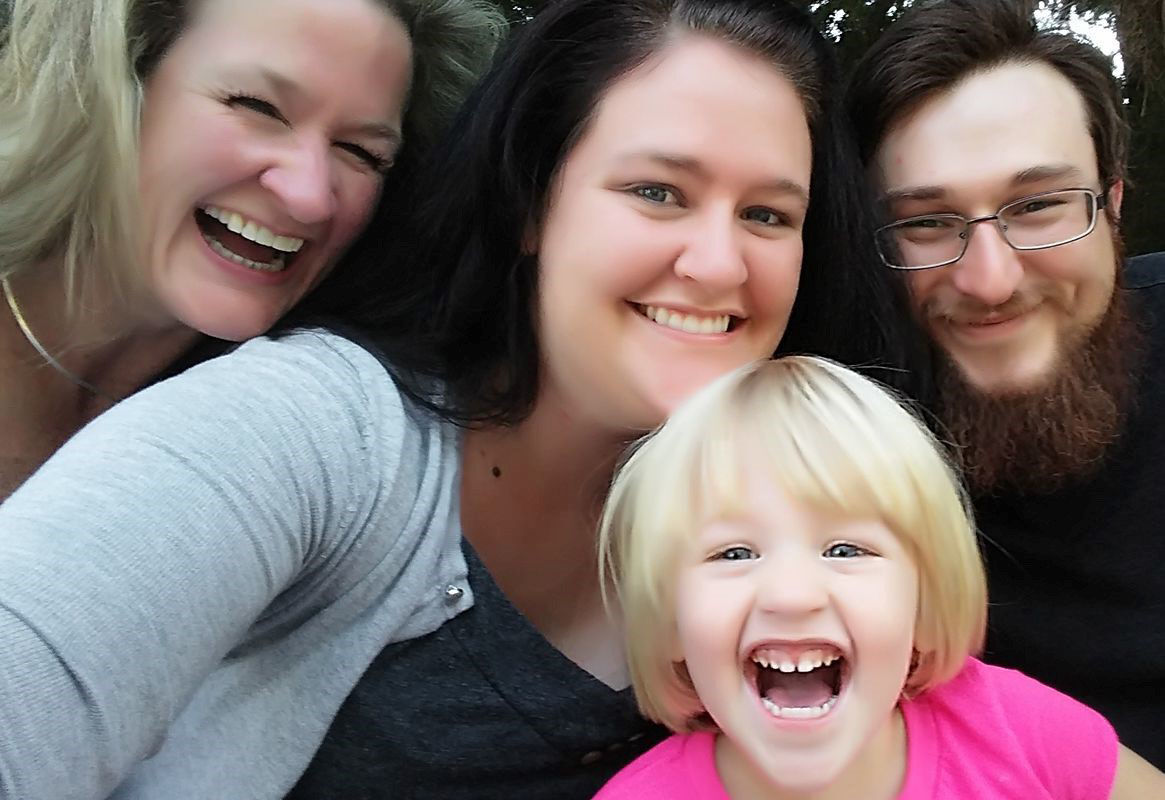 Lynn Sherwood, right, and her daughter Lauren are pictured here in summer 2017. Months later, in December 2017, Lauren was diagnosed with aggressive lung cancer and died five months after the diagnosis. Sherwood now has a TEDxDupreePark talk posted to the TED.com website called “Happier Endings — How to Design Your Dying,” based on her family’s experience with Lauren’s passing.

Three years ago the holidays were approaching and Jackson Hole resident Lynn Sherwood had nary a care — happy, healthy family, dog Remington lying by the fire.

Then came the devastating news: On Dec. 15, 2017, Sherwood’s 25-year-old daughter, Lauren, was diagnosed with an aggressive small-cell lung cancer.

Less than six months later Sherwood held Lauren’s hand as her daughter took her last breath, the cancer having spread throughout her body. She left behind a young husband, whom she had married just over a year earlier, and a 3-year-old daughter.

While such shocking and heartbreaking news might leave most families paralyzed, Sherwood set out to make their family as comfortable and happy as possible in the days Lauren had left.

“Heck, it happens to all of us — let’s do it better!” said Sherwood, who managed to break through the paralysis of grief and learn the importance of sharing and maximizing however much time we have with our loved ones.

That process of living and finding comfort in the months and days leading up to her daughter’s death is the subject of Sherwood’s TEDxDupreePark talk, posted online Monday. “Happier Endings — How to Design Your Dying” was initially scheduled for the TEDx stage in Atlanta in May but had to be postponed due to COVID-19 concerns.

TEDx talks are local, independently produced speaker events in the style and themes of the larger nonprofit organization’s famed TED Talks. Sherwood’s video was originally posted Dec. 14 on the TEDx YouTube page, but she wasn’t notified until Dec. 15 that, because of the number of views, shares, comments and likes on her video, it was being promoted via the main TED.com site for viewing by a larger international audience.

Doing her best to turn a tragedy into a positive for people facing similar circumstances, Sherwood keeps a brave face as she continues to grapple with the pain of outliving her daughter. She encourages everyone, no matter their situation, to communicate and tell people you love them, particularly since we never know when our days are up.

“We could possibly die tomorrow, by being hit by the bus, or a week from now from COVID,” she said. “How fast it can change is really an integral aspect in the need to communicate with each other, because we never know when it’s going to happen. And you certainly never think a 25-year-old is going to get diagnosed with lung cancer. It’s just not the norm. But what is the norm?

“It could be tomorrow or next week or four decades for any of us. How can we better communicate our wishes now, to be able to get more of what we want, and to relieve those burdens of decision-making and regrets for our family and friends?”

Moving past anger and grief was not painless and certainly not immediate. A conversation with a friend shortly after Christmas 2017 “was a real wake-up call for me,” she said. “He said he had heard me talking about the ‘whys’ — the ‘why is this happening? How can this be happening? She’s only 25; I shouldn’t be surviving my child. This isn’t the way that it’s supposed to happen.’ And he said, specifically, ‘I’m hearing you say these things ... and it is what it is. [Death] is probably the most likely outcome for your daughter.’”

Sherwood was not prepared to hear that at that time.

“I was angry,” she said. “He took away my ability for grief and sadness and to wallow in my anger, and I didn’t talk to him for about three weeks.”

But the call set in motion a process of moving from grief and fear to helping her daughter and their family live out Lauren’s last months in a positive manner.

“That was a really pivotal moment in my transformation from being in denial to saying, ‘This is probably going to happen and how can I make it the best period we can have for whatever time we have left,’” Sherwood said.

From there Sherwood and family were by Lauren’s side as they planned not only for the young woman’s estate, but also shared the joy Lauren felt as she planned bucket-list trips like an Alaskan cruise and a trip to California with family — trips she never got to take, but she delighted in through the planning — and spent time with her sister, Cayla.

A mentality such as Sherwood’s — recognizing that we all die at some point and looking to make the most of our days with the ones we love, rather than dwelling on the grief — is healthy and positive, said Oliver Goss, a licensed clinical social worker for St. John’s Hospice in Jackson.

“I think it’s really important for people to focus on how they want to spend the remaining time of their lives with their family and loved ones,” Goss said. “And, actually, that’s really sort of the fundamental premise of hospice, that if someone has a terminal diagnosis ... they can get the in-home medical, social and spiritual support to really help improve their quality of life for those last months.”

Acknowledging that family members grapple in different ways with the realization that a loved one is passing, Goss said behavior like what Sherwood and her family engaged in can be helpful.

“It creates a time for them to really relish in that relationship that is time-limited,” Goss said. “I’ve known people to take little trips with their loved ones to some special place, I’ve known people who it’s most meaningful for the person who has a terminal illness to have visits from certain people, but I think it’s really engaging in those most meaningful activities for the person that has the terminal illness.

“It’s certainly a mixture of acknowledging the painful emotions of facing one’s mortality,” he said, “but also trying to balance that out with the really comforting emotions that are really about connecting with loved ones.”

As much as Sherwood cherishes the time she and her family got to spend with Lauren in her final months, and as encouraging as she is to those facing similarly tragic circumstances, she’s quick to acknowledge the pain and difficulty.

“It was a short and long journey,” she said. “From the date of her diagnosis we had five months, one week and three days until I held her hand as she was dying and she took her last breath. But I’m also really thankful that we had those days and that time together, because we were able to really get a feel for what she wanted, for what would bring her joy at the end of her life, or peace or comfort. Things that I never really knew about her ... It was a gift to have that time together in between her diagnosis and the day that she actually passed.”

And the planning leading up to Lauren’s death has led to some interesting adventures for Sherwood in the years since.

“I knew that she wanted [her ashes] to be spread around the world, and so I’m doing so. ... She’s now in 11 countries, including that beach in Mexico with hot men and margaritas, just like she wanted,” Sherwood said with a laugh.