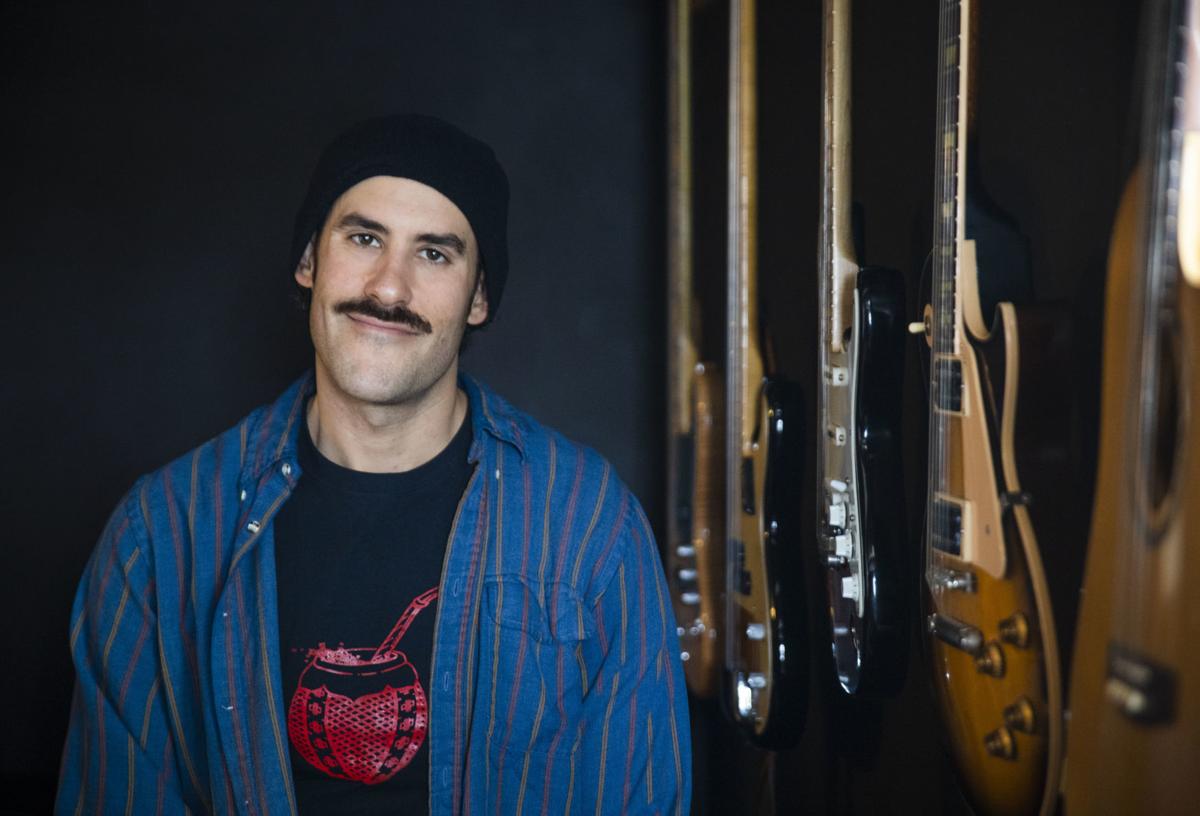 Leif Routman, the frontman of the band Freda Felcher, has lived in Jackson for 9 1/2 years. Routman also plays in several other bands, and he recently released a new EP and video with Freda Fletcher (see this week’s Scene section, page 5). 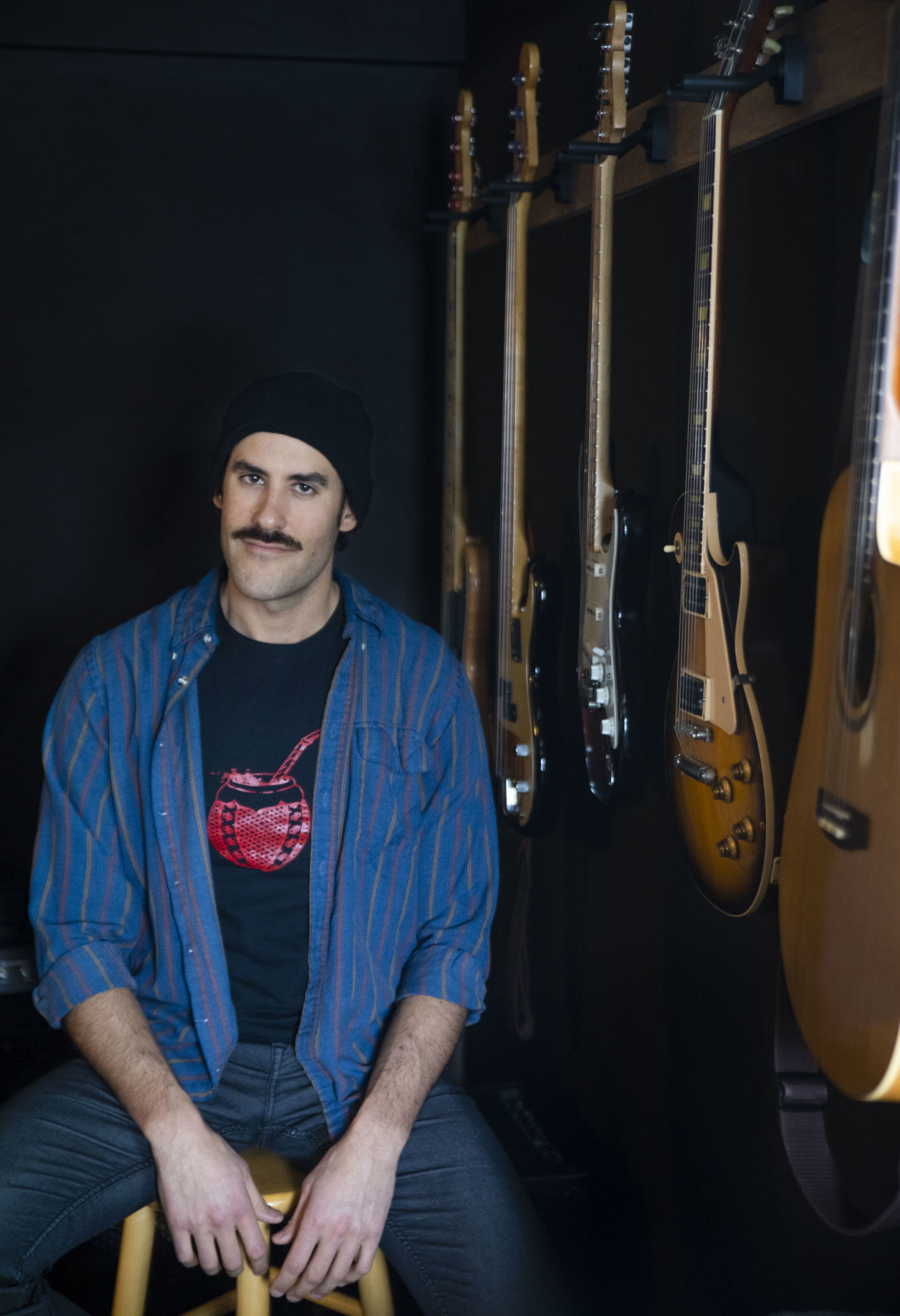 Leif Routman, the frontman of the band Freda Felcher, has lived in Jackson for nine and a half years. Routman also plays in a myriad of local acts and recently released a new EP and video with Freda Fletcher (see this week’s Scene section, page 5).

Leif Routman, the frontman of the band Freda Felcher, has lived in Jackson for 9 1/2 years. Routman also plays in several other bands, and he recently released a new EP and video with Freda Fletcher (see this week’s Scene section, page 5).

Leif Routman, the frontman of the band Freda Felcher, has lived in Jackson for nine and a half years. Routman also plays in a myriad of local acts and recently released a new EP and video with Freda Fletcher (see this week’s Scene section, page 5).

In 2007, Leif Routman was living the life of a college rock star at Montana State University. After spending his late childhood and teenage years shut away in his bedroom for hours a day playing guitar, he had quick fingers, steady rhythm and the musical intuition of someone far older than his 21 years.

When he met the 19-year-old drummer Jeff Korba, son of pianist John Korba, it was kismet. While Routman was monomaniacal about music theory and technique, Korba was easygoing, easy loving and played drums with the expressiveness of someone who had been around musicians all of his life.

“He really helped me see how music was a language, it’s a living breathing thing,” Routman said.

Along with bassist Jake Gilmore, Korba and Routman formed a band called The Neighbors and started playing house parties. According to Routman, they threw the “last block party ever informally thrown in Bozeman.”

The trio had big aspirations beyond house parties and college stardom, but it all came to a sudden halt on Nov. 25, 2007. Korba was driving on Highway 191 in Yellowstone on his way back to school from his aunt’s house in Jackson when he collided head-on with a pickup truck. He died in the crash.

Routman was devastated by the loss of a close friend and the most solid collaborator he had ever known. He made it through the second half of his senior year in a daze and returned home to Chicago without any real plan.

“It soured me on Bozeman, and I needed to get out of there after college,” Routman said.

So, once again, Routman threw himself headfirst into music. Back in Chicago he found mentors in legendary guitarists, and personal heros, Jeff Parker, of Tortoise, and Scott Hesse.

In between his studies, he started taking on students of his own.

“I was teaching like 50 students a week,” Routman said. “It was a surefire path to burnout.”

When the next winter came around, Routman knew that he needed to leave Chicago and that he missed the mountains. So he found a job as a caretaker of a ski chalet in Hasliberg, Switzerland, and moved there with his girlfriend.

Life in Hasliberg was a far cry from his studious existence in Chicago. He shoveled and played the part of handyman at the chalet, skied almost every day and had a lot of quiet time to think.

“That’s kind of where I hatched the plan to come out to Jackson,” Routman said.

After another stint back home, Routman moved to Jackson with an acoustic guitar and a full-time job as a ski instructor at Jackson Hole Mountain Resort. Although he had temporarily given up on any specific musical goals, he never gave up on music.

Routman may have been living the life of a ski bum, but he still thought of himself as a musician.

“If a day or two went by without a couple hours of practice, it was like, “All right, no, you’re not going to happy hour.’”

The root of that mentality was the influence of his family.

“With my family, immediate and extended, it’s all about, ‘What’s the next thing? What’s going on? What’s in the works?’” he said. “I don’t want to say it’s a Jewish thing, but it’s kind of a Jewish thing.”

Routman grew up on the South Side of Chicago, where his parents worked long days to eventually move the family to the suburbs.

“I watched them f---ing hustle day in and day out to provide better opportunities for me and my siblings,” Routman said. “They taught me to strive for excellence towards whatever I put my mind toward and to be relentless in all my pursuits and work ethic.”

Routman’s intense focus and breadth of musical knowledge meant that, even though he wasn’t necessarily looking for them, he met plenty of collaborators during his early years in Jackson.

It wasn’t until he met Taylor Upton that he felt like he finally had another true musical counterpart. Like Korba, Upton was full of energy and “raw talent” but without the formal music education and deep understanding of theory that Routman had.

The duo, plus a rotating cast of other players, started playing open mics and small shows. They were having fun — when they played at Eleanor’s their bar tab often exceeded their pay for the show.

When someone asked them to play a wedding show for $1,000, the mindset changed from just having fun to something more entrepreneurial.

“It was like, ‘Let’s tighten the screws. If we can get a thousand from this guy, what if we sound really good?’”

That early collaboration led Routman and Upton to form one of the valley’s longest-standing and most popular wedding bands, Whiskey Mornin’. They also play together in another valley mainstay, Black Mother Jones (watch out for an upcoming EP of gritty rock).

Over the past decade Routman has fallen into the life of a professional musician in a mountain town. He has played and toured with local acts such as Canyon Kids, Benyaro and the Flannel Attractions. He makes money by playing weddings, at touristy restaurants and bars like Piste and teaching some music on the side. He also has passion projects like the jazz/blues/soul outfit Freda Felcher, which he spearheads.

“People are so used to structure, and that’s not how bands work,” Routman said. “They ebb and they flow.”

Although there are plenty of lucrative opportunities for a musician of Routman’s caliber in Jackson, the work is also unpredictable, and earnings have to be spread between many band members. Routman has used the money that he earns from gigs to put a down payment on a condo in East Jackson and fuel his musical passion projects. In 2018 he won a Performing Arts Fellowship from the Wyoming Council for the Arts, which he put directly back into Freda Felcher’s new EP.