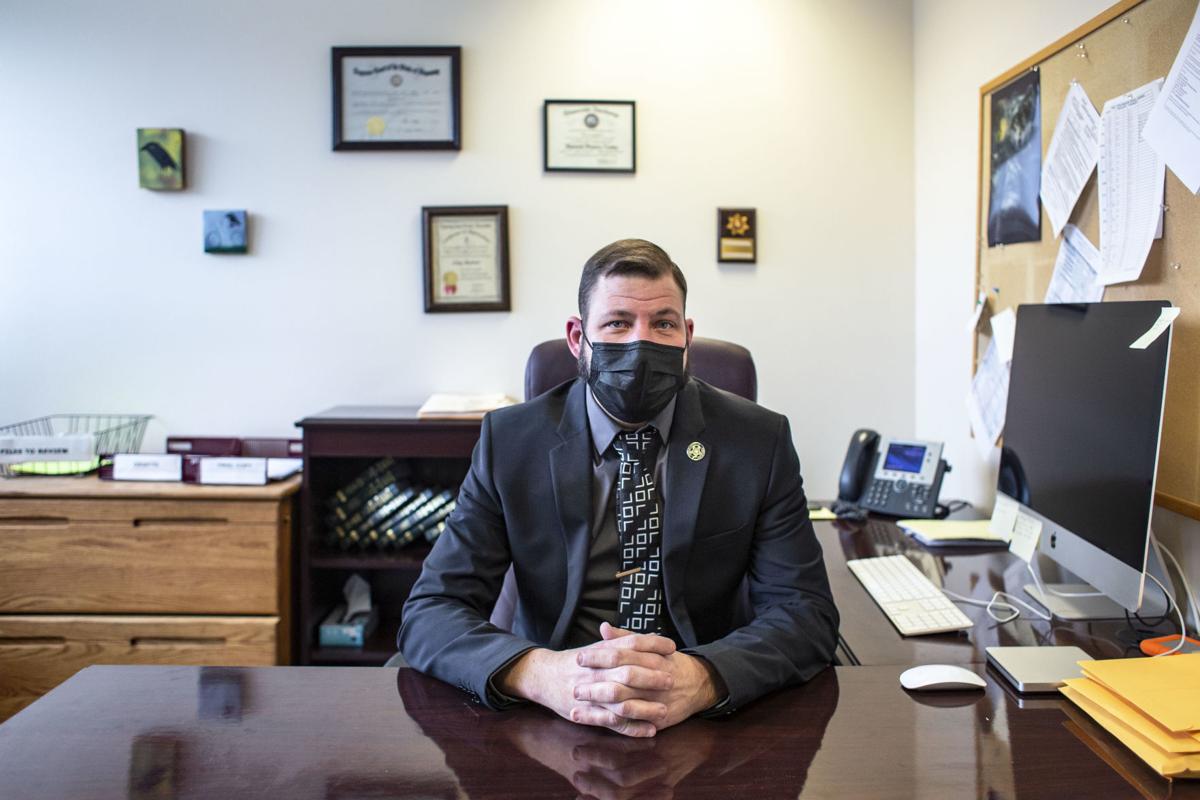 Clay Kainer started his new position at the Teton County and Prosecuting Attorney’s Office on Dec. 21 as the new chief deputy prosecutor over the criminal division. “I’m looking forward to being a part of this office,” Kainer said. “And helping Erin [Weisman] maintain and continue her version...” 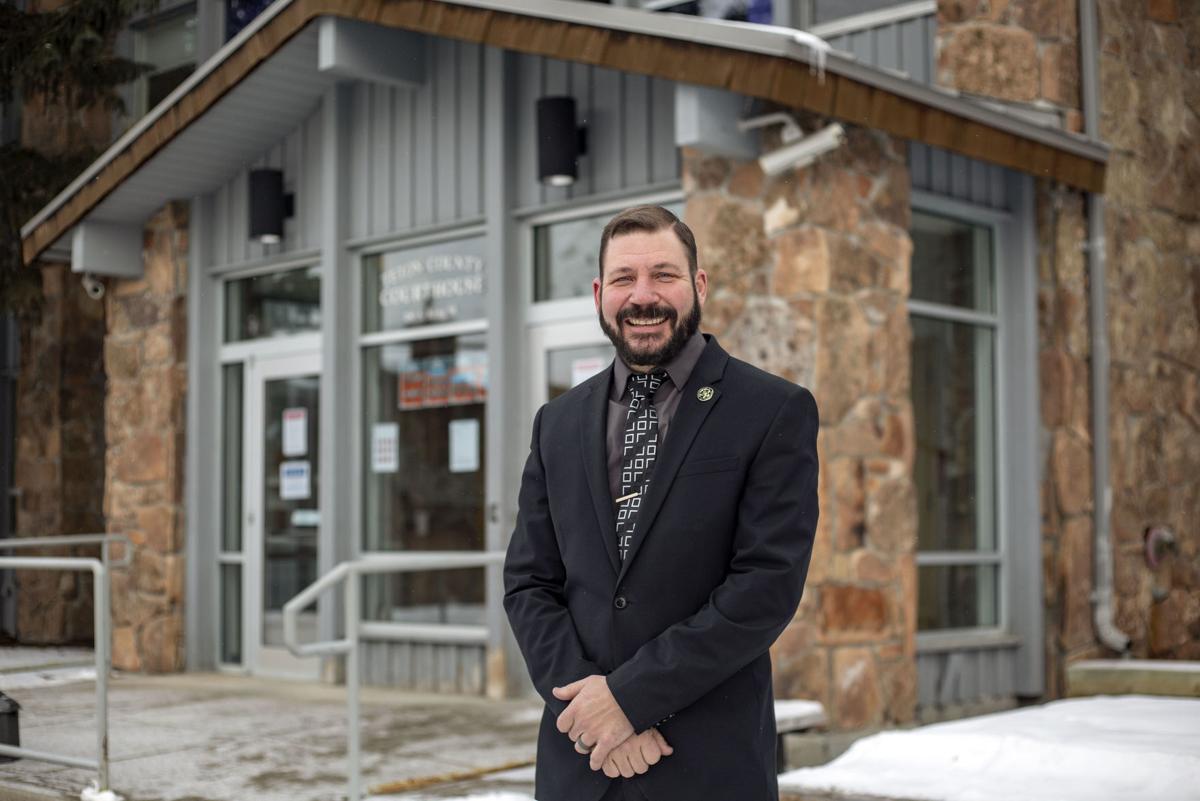 Clay Kainer started his new position at the Teton County and Prosecuting Attorney’s Office on Dec. 21 as the new chief deputy prosecutor over the criminal division. As an avid cyclist, when Kainer is not working at the office, he spends his time in his garage repairing bikes.

Clay Kainer started his new position at the Teton County and Prosecuting Attorney’s Office on Dec. 21 as the new chief deputy prosecutor over the criminal division. “I’m looking forward to being a part of this office,” Kainer said. “And helping Erin [Weisman] maintain and continue her version...”

Clay Kainer started his new position at the Teton County and Prosecuting Attorney’s Office on Dec. 21 as the new chief deputy prosecutor over the criminal division. As an avid cyclist, when Kainer is not working at the office, he spends his time in his garage repairing bikes.

Two weeks on the job and Clay Kainer is already working dozens of felony cases for the Teton County and Prosecuting Attorney’s Office.

The 44-year-old is still settling into his new digs, evidenced by an office that’s bare, save for some case file boxes and a coat rack.

Kainer served a term as the elected prosecutor in Sublette County before a brief stop in Cheyenne as an assistant district attorney.

“When I moved to Cheyenne my family stayed in Pinedale,” Kainer said. “I figured I would drive home on the weekends, but I didn’t get to see my family much. The distance was too far.”

Kainer is filling the shoes of longtime Deputy Prosecutor Clark Allan, who left in December for a judgeship in Douglas.

Teton County Prosecuting Attorney Erin Weisman said, “I’m of course thrilled to bring him on as the new chief deputy prosecutor for the Criminal Division. Clay has a fine reputation among Wyoming lawyers and our local defense counsel, coupled with a rich depth of experience he’ll bring to our team.”

Weisman started searching for Allan’s replacement as soon as she learned he would be leaving. She specifically wanted an attorney with trial experience.

“He will be an asset,” she said of Kainer. “Clay shares my strong commitment to serve this community and seek justice.”

Kainer was excited for the opportunity to get back to this side of Wyoming. He and his family have lived in Sublette County for 11 years, and his wife, Kristi, is a native of Boulder. His return to the region was celebrated by Kristi and their 14-year-old daughter, Camille. The family still owns a house in Pinedale, but he’s also living temporarily in a cabin in Hoback to cut down on the weekday commute.

Kainer’s path to becoming a lawyer was a winding one. Raised in Fort Collins, Colorado, he enlisted in the U.S. Navy after high school, serving as an electronic warfare technician, petty officer 3rd class in Operation Desert Fox. Deployments took him to the Middle East, Asia and Australia.

By the time his four-year hitch was up, Kainer said, he was ready for college.

“It gives you a frame of reference you wouldn’t otherwise have,” Kainer said of military service, “in terms of what you can endure physically and mentally. Now having to stay up late to prepare for a case doesn’t seem that difficult.”

But it wouldn’t be until years later that Kainer would discover his interest in the law.

Fresh out of the Navy, he started college without knowing exactly what he wanted to study. He ended up with an undergraduate degree in German. When he realized he might not want to teach German, he decided to go to law school at the University of Wyoming.

He figured out pretty quickly he was most interested in criminal law.

“So much of it is based on philosophy,” he said. “Criminal law just made sense to me. It deals with humanity at its best and its worst. It’s a place as a prosecutor … you can really make the world a better place.”

Kainer spends his free time running, cycling and working on bikes. He has run several regional marathons and frequents the Pinedale Half Marathon. He had run a race every year until a few years ago, when his interest in cycling increased.

After leaving the Sublette County Attorney’s Office in 2019, Kainer practiced law privately and worked part time as a bike mechanic at Geared Up, a bike shop in Pinedale.

“It was one of the best jobs,” he said of his Geared Up gig. “You don’t make hardly anything being a bike mechanic, but you make people happy. When they leave the store and their bike is fixed you can see their happiness.”

His love of tinkering with bikes started when he was studying abroad in Germany.

“I was in Oldenburg, which is this huge cycling community, and everybody had bikes,” he said. “I hung out with a lot of the international students, and they all needed help on their bikes. And I had a bike that was in terrible condition, and I spent a lot of time working on it.”

Now that he’s spending more time in Jackson, Kainer hopes to add a mountain bike to his already extensive bike collection. He’s also looking forward to getting into cross-country skiing and snowshoeing, he said.

Kainer said he’s excited about being a member of the prosecutor’s team and helping Weisman achieve and maintain her vision for the office. He said having fellow attorneys to help review cases and make decisions only helps the community.

“It’s the camaraderie,” he said. “Everyone is working on similar and different cases and just sitting down and talking those through and reaching a resolution. … That’s one thing that people don’t realize is in a prosecutor’s office: A lot of the work is done by us talking through the issues. If everyone is talking and communicating, then our work is consistent and fair.”