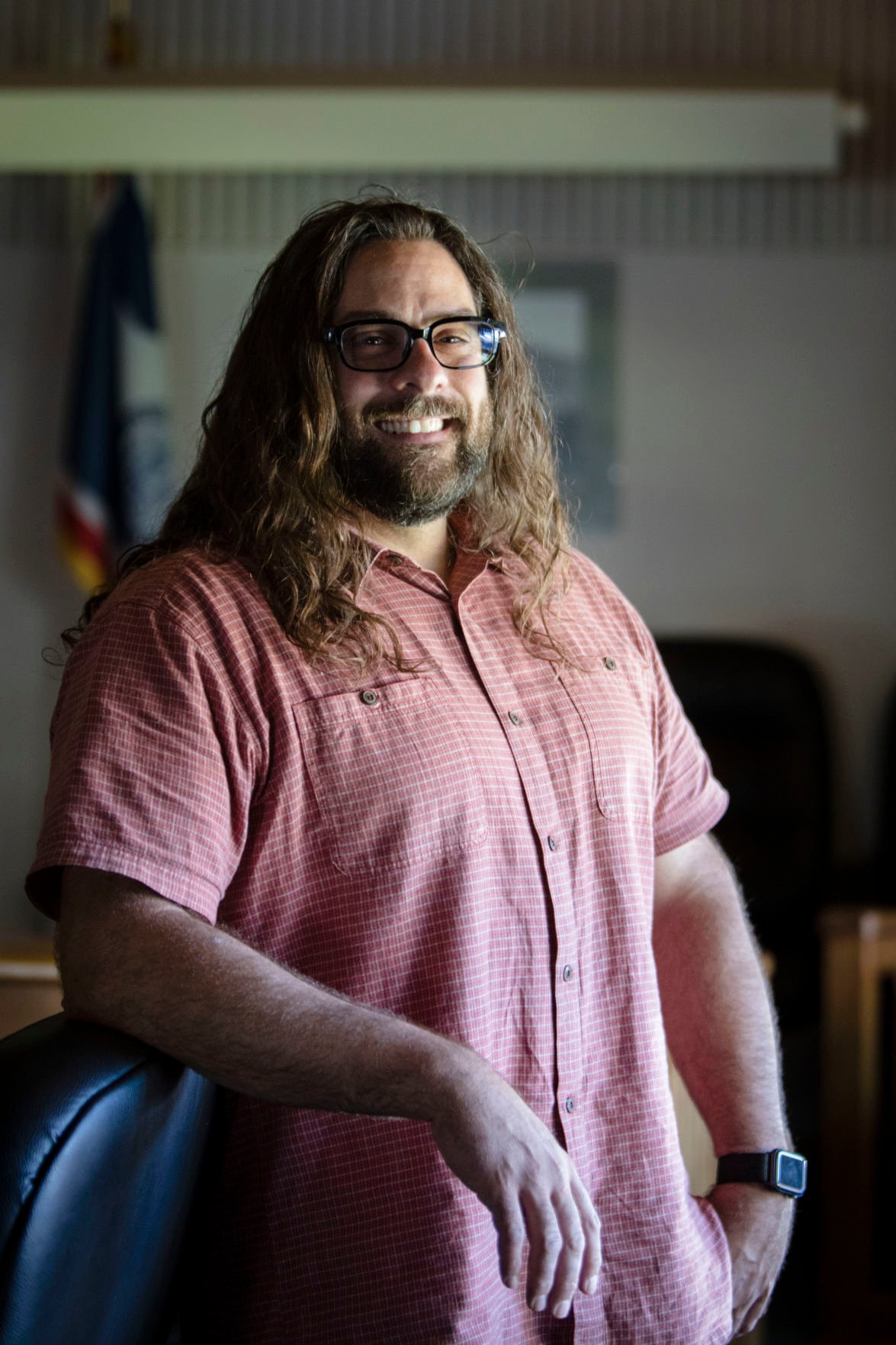 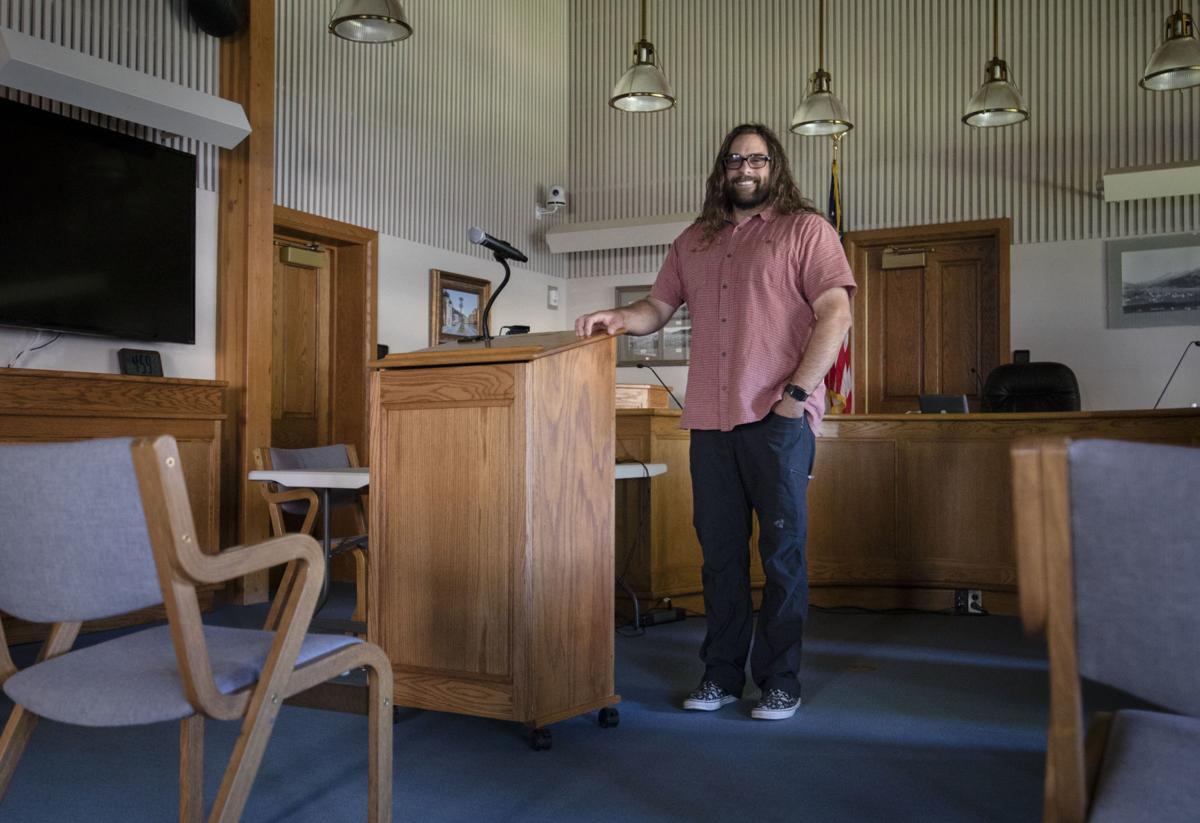 His name is Zolo.

Well, unless you’re an immediate family member — in which case his name is Michael Palazzolo — but to all others his name is simply Zolo.

And though he’s not Brazilian, the single-name moniker is appropriate in Zolo’s case, because if you ask anyone who works for the town of Jackson, he is the Pelé of information technology.

Community Development Director Tyler Sinclair has worked with Zolo, the town of Jackson’s IT director, for years, yet it was just over a week ago when Sinclair learned Zolo’s full name. It was by no means a sign of disrespect, as Sinclair explained: “Everybody, I mean everybody just calls him Zolo.

“I was just talking it over with Susan Scarlata, our community engagement specialist, and for us it’s like he’s the unsung hero of IT,” Sinclair said. “During COVID he has done so much to keep the town up and running and supported with everything. ... He’s a great guy, and for people to see all the work he does behind the scenes in Jackson, I think, would be nice.”

Since the COVID-19 pandemic took over Jackson, let alone the country and the world, in March, Zolo has very much been the hero of the town of Jackson. With but days’ notice, he and his three-man IT team had to figure out how to keep the town functioning — with people working remotely, the need to be able to hold remote online meetings, and keep the public engaged and able to interact with their elected officials — and they pulled off the feat seamlessly.

“I really saw this coming early on, and I just knew this thing was going to be a Goliath,” Zolo told the News&Guide in a recent interview. “It was pretty clear to me in March that everyone was about to lean on technology to a level nobody had ever experienced before; certainly not myself or my team.

“So for the first few months it felt like I lived [in Town Hall], man. I just went home to sleep. And that was more about making sure everything was working, and trying to make myself instantly available to anyone who needed help as they transitioned to remote work and those technologies.”

Zolo, 45, who may very well be the nicest, most humble and satisfied man in all of Jackson Hole — he’s worked for the town of Jackson for the past 11 years after working for the county for nearly 10 and says he fully intends to finish his career with the town and living in Jackson Hole — views his job as a noble duty.

On the one hand, he feels he is serving the town’s residents, keeping them connected to their electeds and the goings-on of local government. On the other, he looks at critical departments like the police department and public works, which need to be “connected 24/7/365” in order to keep the town running smoothly, and recognizes the importance of his own department’s crucial efforts there.

“Being both a technologist and a public servant is a pretty cool gig,” Zolo said. “But it has a really serious side. So, I truly do consider it like a solemn duty to make sure the citizens of Jackson have as much digital access to their municipal services and processes as possible.”

As much work as Zolo has put into implementing new processes to overcome the challenges imposed by the pandemic, he’s quick to credit his team members, deflecting praise from his own work. He says they were integral in helping implement several new technological systems that will remain intact even after the coronavirus pandemic.

“I’d be nothing without those guys,” Zolo said. “I consider them all right-hand people; they’re just amazing.”

Longtime systems architect Jason Wright, who has been with the town for about 10 years, is “amazing,” in Zolo’s words. Shawn Stephens, the Jackson Police Department IT manager who has been with Zolo’s team for about five years, is also “amazing.” Lee Birdyshaw, a systems engineer, “is our main, front-line guy, and we really lean on Lee to just handle day-to-day calls and triage day-to-day support while we really tried to re-tool and stand up all these remote technologies.”

Zolo puts it simply when he talks about his small team with large duties, and it’s clear they add to the fulfillment he derives from his job. And he credits them for working equally as hard as he has throughout this trying time.

“Every one of us has really been full bore since March, but we knew if we put the work in on the front end it would pay off long term, even after the pandemic,” he said. “This team, though, these guys are just amazing and I’m so honored to be able to organize and direct their talent as we go through this. They’ve been incredible.”

On the rare occasion Zolo gets some free time outside of work, he and his family — Zolo is married with three kids, including twin boys — enjoy riding motorcycles, fishing, camping, watching movies and, on occasion, snowboarding on Jackson Hole’s world-class terrain.

In the meantime, Zolo has no designs on anywhere else.

“Yeah, I plan to be with the town until retirement,” he said. “Man, I love this gig. I absolutely love this job. The people I work with, especially my team, just make it so awesome. I love coming to work, I love what I do, and there’s really something to be said for public service. Being a public servant has this really deep, rewarding feeling.”

As for the struggles Zolo and his team, along with the rest of the town staff, Jackson business owners and residents both near and far, have endured to overcome challenges presented by a once-in-a-lifetime pandemic, the work has been well worth it.

“Watershed moments are usually best visible in hindsight,” Zolo said. “But I could just tell from the beginning that COVID would change everything about how people really leaned on technology. And so, these platforms, these tools, these products that we’re kind of releasing, they’ve been waiting in the wings for the world to realize that they could actually change things permanently.

Zolo is seriously one fo the loveliest, smartest, lit up humans ever. JH is lucky we get to call him one of our own.